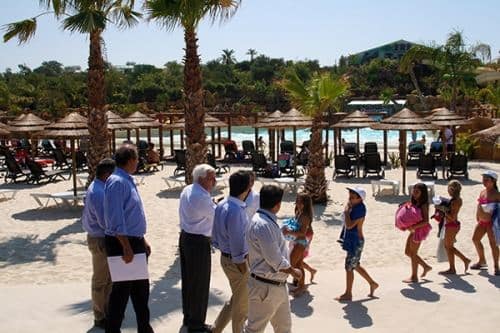 Ticket prices for Zoomarine’s theme park in Guia, Albufeira will be 50% cheaper for Algarve residents between Tuesday, September 27 and October 22.

Locals of any nationality can enjoy the discount by presenting documentation to prove they live in the Algarve. They can also bring a guest along with them who may not be a resident but can also enjoy the deal.

The offer is valid for one-day tickets only.

Zoomarine opened in 1991 and has become one of the Algarve’s many attractions, visited by thousands of holidaymakers every year and famed for its dolphin shows and amusement rides.

The park has received Trip Advisor Traveller’s Choice awards in 2013, 2014 and 2015 as well as the accolade for ‘Best Park/Company of Tourist Entertainment’ in Publiturs Portugal Trade Awards in 2015 and 2016.

Zoomarine is open Tuesday to Saturday, from 10am to 5pm.