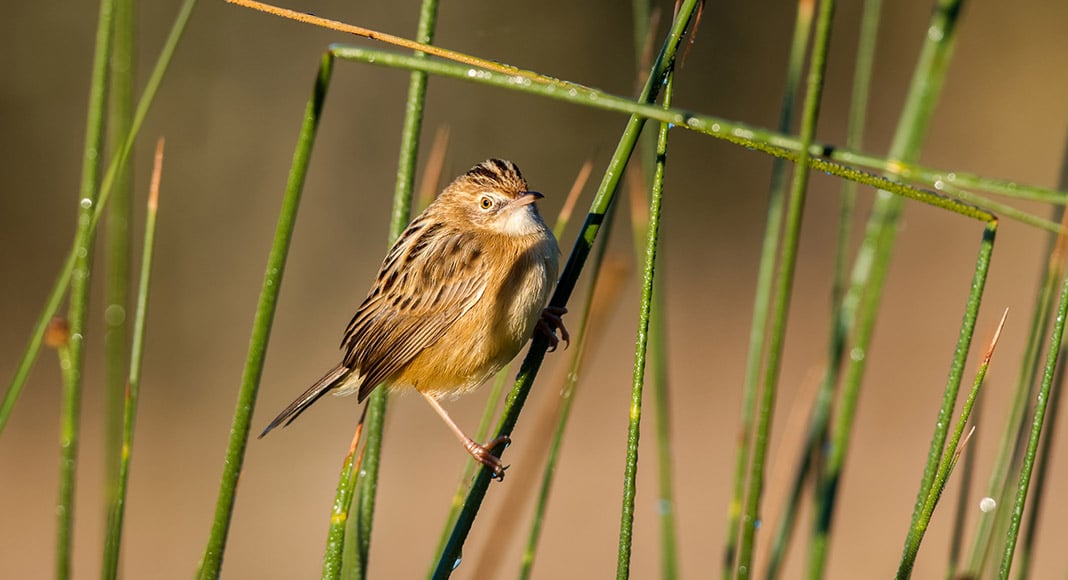 It may sound like a new fizzy soft drink but the zitting cisticola is a very common bird found throughout all of Portugal. Before a name change, it was previously called the fan-tailed warbler. However, this added confusion with an American bird with the same name and was changed to zitting cisticola to become consistent with other cisticola species but is the only cisticola found in Europe.

These birds are tiny at just 10cm in length with a similar-sized wingspan and can, therefore, be difficult to spot. However, during spring and early summer, you will certainly hear the male. His call is where the name ‘zitting’ is derived, as he marks out his territory and flies around it in a zigzag fashion, constantly repeating his single tone “zit-zit-zit-zit” song, with a “zit” at every change of zigzag undulation.

The call of both male and female is a simple “plip” sound, which is often used as an alarm call often with wing-snapping, not to be confused with the Central and South African species called the wing-snapping cisticola. There are 18 recognised subspecies of Cisticola juncidis (scientific name) with the one found in Iberia being the Cisticola juncidis cisticola, whose name just gets better and better!

Visually, the male and females are very similar in appearance, but breeding males have more definition on their back markings. They are mainly brown with black streaks on the back, wings and crown with whiter underparts. The tail is wide and often flicked, hence its previous name of fan-tailed warbler. There is a pale patch around the eye and a slightly downward turned beak which often gives them a very angry appearance.

The zitting cisticola can be found mainly in rural open spaces in both dry and wet grasslands but usually with a water source nearby. To attract a female, the male will start to build one or more nests in deep grass and invite a female to inspect. If impressed, she will finish the cup-shaped nest with a camouflage canopy of similar grasses and leaves.

The female may have two broods a year of between three and six eggs from different males. The female incubates the eggs, and they hatch after just 10 days. Fledging usually occurs at around two weeks and the female will continue to feed for up to three weeks. A zitting cisticola nest is one that can be parasitised by a common cuckoo and you can imagine just how difficult it is for such a tiny bird to raise a baby cuckoo!

As the photos show, they are often seen perched on grasses and rushes, and forage at the base of the stems for any insects. I have also witnessed them catching flying insects in flight. Although insectivorous with grasshoppers, spiders, caterpillars, moths and larvae being a favourite, they will supplement their diet with seeds.

Spring and early summer is the best time of year to spot a zitting cisticola because, out of the breeding season, they usually frequent the long grass which may give the impression that they have migrated and, of course, the male gives away his location due to his monotonous zitting call.

I often call them the ‘Invisible Cisticola’ as it is sometimes difficult to spot the male with his erratic zigzagging undulating flight even though you can clearly hear him. As for getting a photograph of one in flight … I can’t print what I call them when I try! 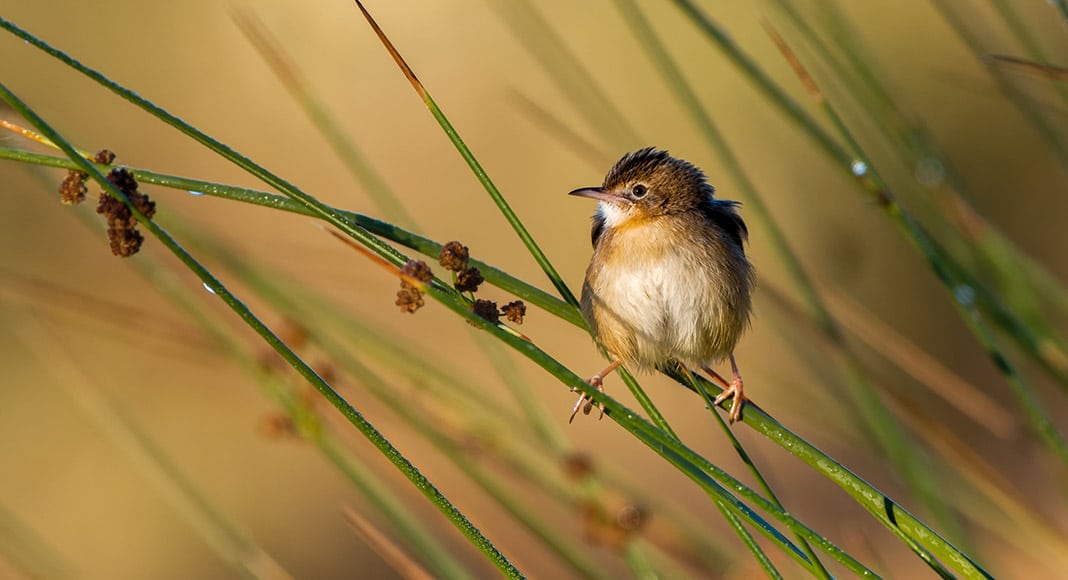