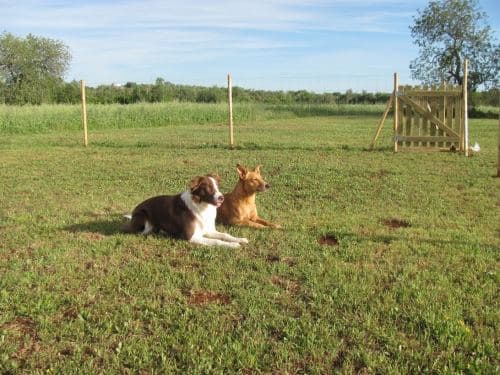 Most people feel that a lot of austerity measures go into the wrong direction, especially the measures that stifle the economy now and in future, e.g. VAT hikes, tolls and the sacking of teachers and nurses etc.

In most countries, people pay half of their earnings in social costs and taxes, if you consider the taxes in consumption as well (such as VAT and taxes on petrol, oil, cars, council tax, imports, alcohol, cigarettes, coffee and numerous others).

I find that far too much and it results greatly from inefficient governments. We could get the benefits for a much cheaper price if governments, administration and public services were as efficient as they could and have to be.

We all want education, infrastructure, safety and a fair social net for times of sickness, unemployment and old age for everyone. But it does not need to cost that much and it is time that governments and public services enter the information age.

So I am calling for 100% efficient governments with 100% transparency. I worked for the richest (oil) company in this world and I want to see exactly this efficiency in governments – not one bit less.

I am calling for zero tolerance towards bad work like complicating or delaying processes and data flows that costs billions of tax payers’ money. As well for an efficient economy which affects the country’s stance now and in the future. For management by system instead by people fighting for their posts in destructive ways. I am calling for zero tolerance towards bribery and other illegal action, small or big in scale (which everyone hates but so many people seem to accept) – and draconian fines for people who abuse the taxpayers’ money they have responsibility for; I am not talking about resigning, I am talking about high fines and prison sentences as well as public shaming.

All tenders, processes and decisions have to be listed on the internet from the beginning and during their progress, so the voters are informed and can comment and call for inspection if things get out of hand – the inspectors have to be sharp and exact like a tax inspector screens a company.

I can imagine that 25-50% of tax money is just wasted in inefficiency – it can and has to be used for education, helping small businesses, health, opportunities and prosperity – I am talking about the fate of 10 million Portuguese citizens/residents, every single one. There is too much at stake to allow slackness – refer to Italy for one of the worse examples.

There has to be a sharp, cold wind in public services that leads to a 100% efficiency, intelligent and friendly service. Just as a stocklisted and private companies have to offer it and employees who oppose this efficiency have to be trained to change – or leave into the work market.

With these savings, the expensive and pressing debt can be lowered and measures for growth can be implemented (such as education and business start-up and support programmes which both lead to employment). And these measures have to start right now!

The Portuguese are good people, willing to study and work hard, we need to burn the jungle of red tape and fertilize the ground for growth out of this crisis.

Meanwhile, regarding the subject of animal abuse … if anyone encounters animal abuse, you can contact SEPNA – Serviço de Protecção da Natureza e do Ambiente on their 24 hour helpline 808 200 520. This is the branch of the GNR police that deals with nature and environment cases which includes animal abuse.