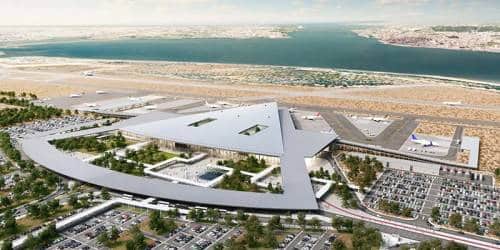 Environmentalists’ have upped the ante in the fight against controversial government plans for a second Lisbon airport ‘south of the river’ at Montijo airbase.

Lodging a judicial action in a bid to force environmental agency APA to conduct a strategic environmental study, association Zero says the process so far has been conducted with a “flagrant lack of transparency”.

Zero claims the government has been “withholding information, not permitting scrutiny by third parties, whether they are citizens or public entities”.

This is a long-running fight.

Zero has been pushing for a strategic EIA since the start.

Right now, the failed EIA undertaken by ANA is due to be represented this month, but still anti-campaigners are convinced Montijo is the wrong location.

The question ‘why has the government chosen Montijo?’ has been left hanging in the air. Opponents offer up various reasons, including the need to ‘make grandiose announcements during a key election year’.