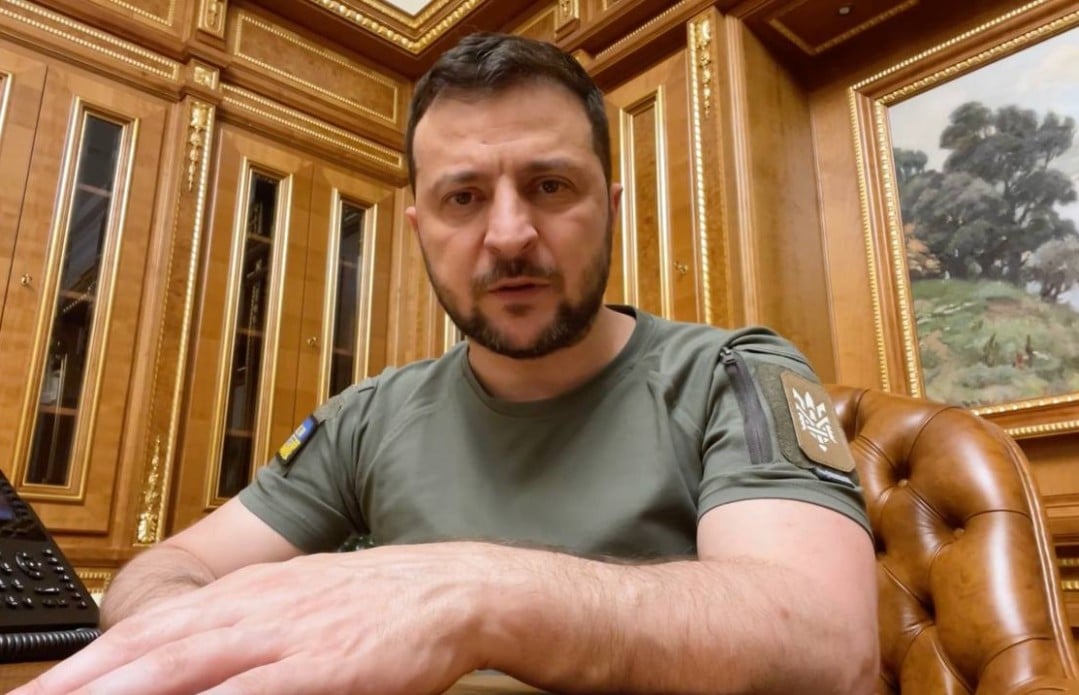 Ukraine’s president, Volodymyr Zelensky, has asked Portugal’s foreign minister, João Gomes Cravinho, for the country’s support in imposing visa restrictions on citizens of the Russian Federation, the office of the head of state announced.

The request was made during a meeting in Kyiv on Wednesday between Zelensky and Cravinho, who was on an official visit to the country to coincide with Ukraine’s independence day.

The meeting saw “an exchange of views” on Portugal’s continued support for “strengthening (Ukraine’s) defence capabilities and increasing sanctions pressure on Russia,” according to Zelensky’s office.

“In particular, the head of state called for the introduction of visa restrictions against citizens of the Russian Federation,” it said.

Zelensky has called for visa restrictions on Russian tourists to be part of international sanctions packages against Moscow for invading Ukraine on February 24.

The European Union’s foreign policy chief, Josep Borrell, has already publicly opposed the proposal, which has also been rejected by the US government.

In early August, Latvia began applying restrictions to the granting of visas to citizens of Russian Federation.

At the meeting with Cravinho, according to the Ukraine president’s office, Zelensky thanked Portugal for being one of the first countries to commit to helping Ukraine rebuild.

“It is one of the first states that actually already joins the Ukraine recovery programme,” he said. “We are grateful for that.”

Zelensky was referring to Portugal’s pledge to help rebuild schools in the Jitomir region, 150 kilometres west of Kyiv, which Cravinho also visited. Some 70 educational establishments have been destroyed in the area since the beginning of the war.

The two politicians also spoke about the restoration of schools in the towns of Irpin and Bucha, near the capital Kyiv, with support from the municipality of Cascais, west of Lisbn.

“The restoration of educational institutions that returns our pupils to school, students to universities and children to kindergartens is a priority for us,” Zelensky said. “This is the first step towards the restoration of our state.”

Zelensky also referred to Portugal’s participation in the second summit of the Crimean Platform, held on Tuesday by videoconference. Cravinho went to Kyiv to attend the first one a year ago.

Ukraine’s president highlighted the importance of keeping the issue of getting Russia out of Crimea on the international agenda. Russia annexed the peninsula of Crimea in 2014.

Cravinho travelled to Kyiv to express Portugal’s solidarity with the people of Ukraine, who on Wednesday celebrated the 31st anniversary of independence. The date coincides with the end of first six months of the war that Russia unleashed on 24 February.

“We are grateful to have arrived without paying attention to the sirens,” Zelensky told the Portuguese minister, according to the latter’s office. “I am glad that there are more and more people and states who are not afraid of Russian aggression against Ukraine.”

Cravinho at one point during his visit was taken into a shelter, when an air raid warning sounded.

About the meeting with Zelensky, Cravinho told journalists from Portugal in Kyiv that the head of state had conveyed to him “some requests of a military nature” that include the possibility of Portugal supplying uniforms to Ukraine’s army.

“I will share (these requests) with my colleague (of Defence) and with the prime minister,” said Cravinho, stressing that Portugal is always available to look at ways to offer new support.

Besides Zelensky, Cravinho met with his counterpart, Dmytro Kuleba, and then visited the city of Irpin, near Kyiv, one of those worst damaged by Russian artillery in the early days of the invasion.

In Irpin, Cravinho recalled that Portugal “is cooperating with the International Criminal Court and the Ukrainian Prosecutor General’s Office” in the investigation of war crimes allegedly committed by Russian forces.

Irpin was one of the towns where Ukraine’s army halted the advance of the invading forces towards Kiev, some 20 kilometres away. The city is now classified as a “hero city” and has been visited in recent months by several international leaders, including the UN secretary-general, António Guterres, himself a former prime minister of Portugal.

Portugal’s current prime minister, António Costa, also visited Irpin in May, when he witnessed the trail of destruction caused by the violent battles there.