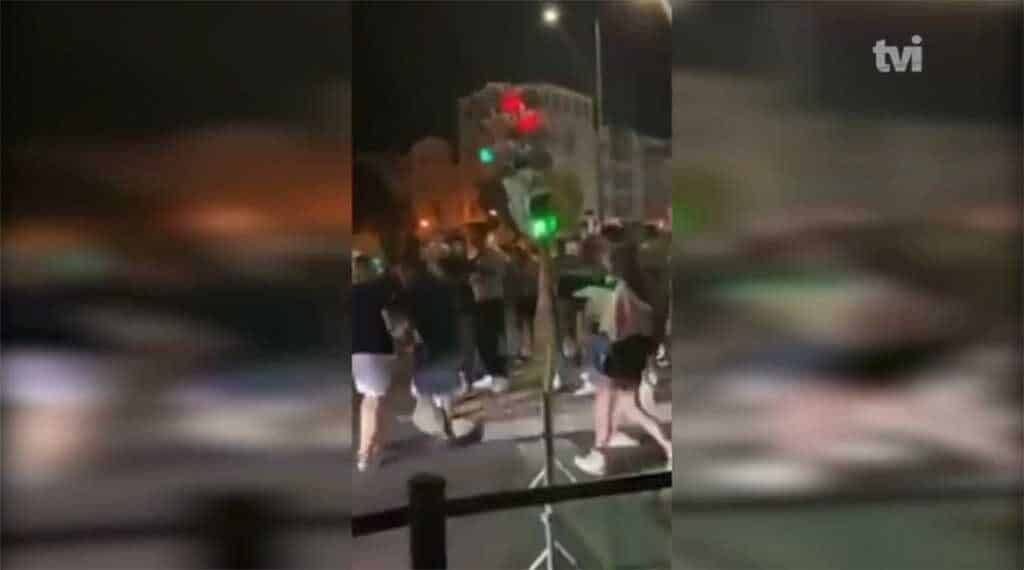 A 19-year-old woman escaped serious injury after a traffic light that was being vandalised collapsed on her at Albufeira’s bustling Oura bar district in the early hours of Thursday morning.

Distressing footage of the moment was aired by TVI (click here) which reports that the young woman escaped with just “a few scratches on her arm and hand” and did not require hospital care.

Immediately after the incident occurred, several people rushed to lift the traffic light as the woman was trapped underneath it.

She was treated on the spot by an INEM emergency medical team.

GNR police were called to the scene, but, by the time they arrived, the group of revellers that vandalised the traffic light had already dispersed. An investigation is underway.