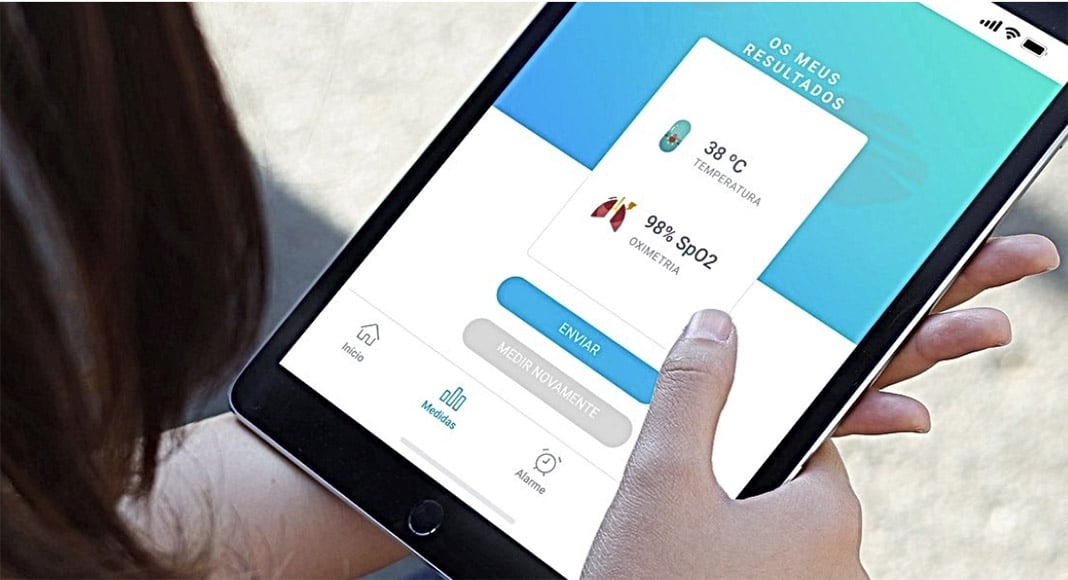 An inspirational group of young scientists at the New University of Lisbon has created a new app capable of detecting the symptoms of Covid-19 in an elderly person.

The idea is for it to be used in old people’s homes which have been particularly hit by the pandemic and which often have huge logistical issues when it comes to discovering which residents are positive for the virus, and which are negative.

The app essentially measures heart rhythm, blood oxygenation and fever. If one of these parameters changes, it emits an alert.

Explain the founders who started working on their new technology ‘separately’ in April, only finally meeting face-to-face months later, the “major objective is for a permanent monitoring of symptoms that perform triage so avoiding unnecessary trips to a hospital”.

This way too the app could/ would reduce the risk of further outbreaks.

Says Diário de Notícias, the ‘team’ tested their ideas on their own grandparents – this way understanding better what kind of approach to the technology the elderly preferred.

For example, when asked about preferences for ‘interaction’, the majority wanted to be able to write rather than talk into their smartphones.

As it is, both options will be available.

The team that created it, all taking integrated Masters degrees, worked with two lecturers on the university’s ‘beyondCovid’ platform which was set up by the university’s science faculty to find technological solutions to combat the virus.

Explained project coordinator and physics lecturer Cláudia Quaresma, the app has been created for Covid-19 and the elderly, but it could be adapted for any age group and any other kind of respiratory disease. The great advantage is that it’s a device that is connected to an institution of care (whatever that institution is) and can give an instant ‘heads up’ on the condition of a resident, saving valuable time.

For now, the prototype is being tested in the lab and will then need design tweaks to make it ‘more comfortable’ for wearers.

There are already a number of ‘partners’ in the project, including Hospital Curry Cabral and the company PLUX that makes the sensores. It’s just a question of where the money will come from.