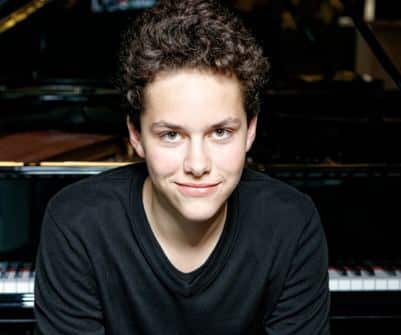 A concert by 15-year-old Dutch pianist Nikola Meeuwsen is taking place on Sunday, December 10 at Quintinha da Música, near Tavira, at 4pm.

Nikola is returning to the Algarve to give his second concert at Quintinha da Música. Already he has taken Holland by storm and he is in much demand.

When concert organisers, Peter and Lynne Booker from the Algarve History Association, met Nikola last year, they were astonished at his ability at such a young age, and by his encyclopaedic knowledge of music and musicians.

At the age of five, Nikola heard a recording of Rachmaninoff’s third piano concerto, played by Vladimir Horowitz. At that moment, he knew that he wanted to play the piano and his enthusiasm and talent flourished.

During the past four years, Nikola has given many concerts, including at the Festival Classique and a concert in the Circustheater, both in The Hague.

Nikola has a preference for certain composers, such as Bach, Mozart, Beethoven, Liszt, Rachmaninoff, Prokofiev and Chopin, and likes to hear the recordings made by Horowitz, Cziffra, Rubinstein, Lipatti and Gould.

Nikola is currently a student of Marlies van Gent at the School for Young Talent, a part of the Royal Conservatory in The Hague.

Since September 2015, Nikola has also been studying at the Accademia Pianistica Internazionale “Incontri col Maestro” at Imola (Italy).

Tickets cost €20 and places can be booked by emailing: lynne.algarvehistory@gmail.com