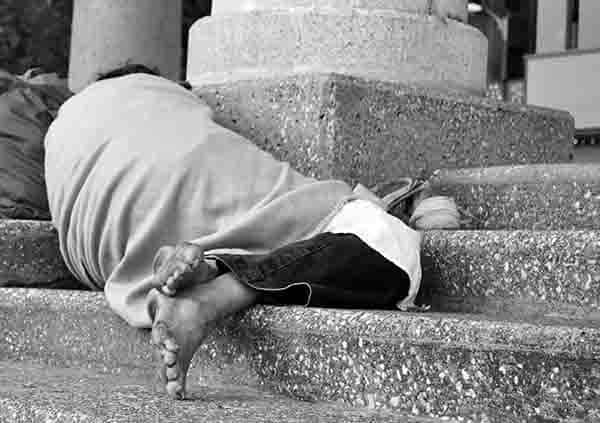 If it wasn’t for the persistence of Lisbon’s homicide division, the horrific case could have stayed unsolved. A 60-year-old homeless man was kicked to death in a senseless attack as he lay in Parque José Gomes Ferreira.
As far as investigators could work out, the man had no money; he was protecting nothing – it was simply that he took exception to being assailed by petty thieves, and they took exception to his reaction.
By the time the young men realised they had killed a human being for absolutely nothing, they panicked.
In “total desperation”, they dragged his body to a lesser-frequented area of the park and hid it there, under some leaves.
The next day, as the park filled up with life, and locals began walking dogs and running, someone discovered the body.
That was almost two years ago – and during the intervening time, the killers did nothing. Too unimaginative to even leave the country, they maintained what Diário de Notícias calls a pact of silence.
There was nothing that would lead police instantly to suspect them, and so they stayed, near to the scene of their horrific crime.
“The homicide brigade never gave up,” wrote DN. “They were determined to find the truth.”
Forensic evidence was carefully followed up and in the intervening time, the two men came to the notice of police for other offences. Bit by bit, officers were able to link them to the trail of evidence, and last week they had enough to call the young men in – coincidentally an uncle and nephew of 21 and 22 years respectively, and from an “unstructured family”.
“They accepted the facts, but showed no remorse,” said the paper.
The duo went before a court last week and were remanded in custody.
As to their victim, DN wrote that he was “rapidly identified” and had family in Lisbon. He had lived rough for a long time.
At last count, Lisbon has over 1,000 people living rough within the city boundaries. Not long ago, social workers complained buildings and apartment blocks were making homeless people’s lives a misery by putting up obstacles which prevented them from sleeping in places that were safe.