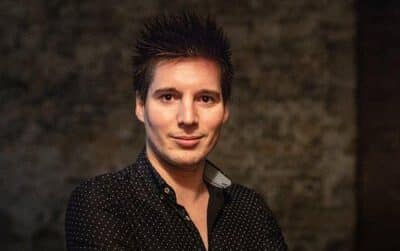 Still dubbed ‘a hacker’ by certain elements of the Portuguese press, 31-year-old Mr Pinto has recently received the kind of heavyweight support his legal team has been fighting for since March 2019.

Neves doubts this very much. Indeed, he seems to recognise Rui Pinto as “a young man with serious concerns for society”.

The big question, however, is how now to keep Rui Pinto safe from the very considerable number of people his computer sleuthing has damaged.

Luanda Leaks alone involves a dizzying number of millions allegedly siphoned out of Angolan State Oil company Sonangol by the daughter of the African country’s former president and her business partners. Football Leaks has seen icons of the sport dragged through the courts for tax evasion – not to mention major clubs in the spotlight for apparent underhand dealing. (All parties have stressed they have done nothing wrong, but the Public Ministry has launched a number of complex investigations).

In other words, there are a lot of angry people out there. People who may still have a lot of money and would like to keep hold of it.

Thus the plan is to give Rui Pinto his ‘freedom’ in a safe house with round-the-clock PSP police ‘protection’.

The ‘good news’ is that the judicial order for him to stay away from the Internet has also been dropped – so Rui Pinto should at last be returning to a life with some semblance of normality for someone of his age and skill-set.

His trial meantime – for 90 ‘crimes’ involving ‘illegitimate access’, IT sabotage, undue access and violation of correspondence – is scheduled to open in September, with sessions planned until December.

Sunday’s edition of Correio da Manhã carried the exclusive story that Rui Pinto is to be ‘taken on’ by the PJ judicial police to help them in ‘large corruption investigations’.

He will receive a home, salary and very possibly a new identity.

The inference is that when his trial concludes he will receive a suspended jail sentence, and very possibly end up with a ‘clean criminal record’.

Says the paper, he has finally ‘won whistleblower status’.