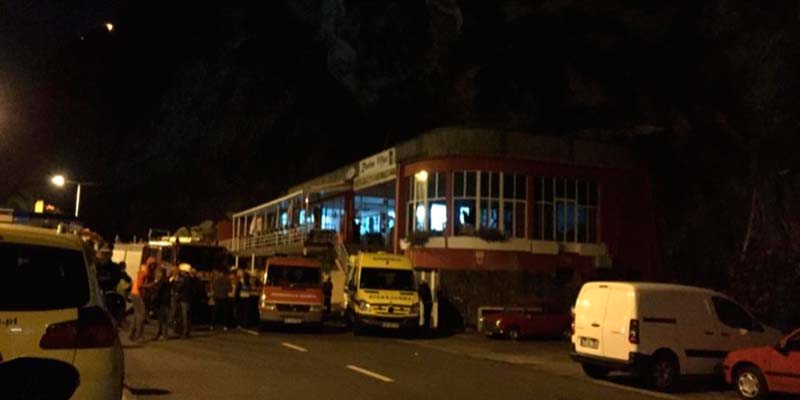 A 22-year-old cook was killed on Saturday when a beachside restaurant in Madeira was hit by an horrific rockfall.

Carina Marlene was “preparing meals for a normal day”, say reports, when the accident happened.

Other people in the Rocha Mar restaurant in Calheta escaped the force of the rockfall.

The manageress called out Carina’s name afterwards, and when there came no answer, everyone realised the worst had happened.

The young woman’s body lay under rubble for 10 hours before emergency responders managed to reach it.

The incident has thrown up various accusations and recriminations.

Cliffside ‘consolidation works’ were underway in the area, and all other businesses had been closed for safety precautions.

“They were doing nothing here”, the owner, Manuel Barbosa, explained. “I spoke with the man in charge of the works a few days ago, and asked why they were not extending them to the area of the restaurant. I threatened to call journalists to see all this, but no one said anything to me – not the council nor the (regional) government”.

A different story is said to have come from the regional secretary of equipments and infrastructures who claims Manuel Barbosa “was opposed to the works”.

As an investigation into the accident gets underway, Carina Marlene’s devastated parents are mourning the loss of their only child.