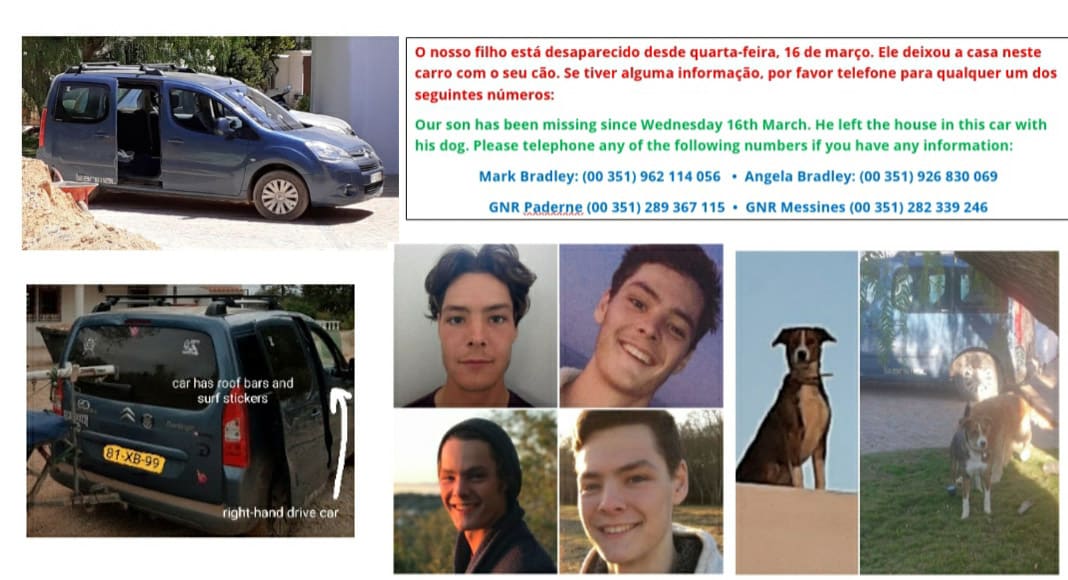 22-year-old Harry Bradley has been missing since the afternoon of Wednesday March 16.

All that seems clear right now is that he left for a walk with his dog Nim, taking his Citroen Berlingo car.

His parents explain that he “likes to walk in the countryside in places like the Barragem do Arade, in Messines” which is why he took the car (as the family live in a remote area a little distance from Paderne).

Harry “was not in a good place” when he went for his walk, mother Angela admits. But he adores his dog, and she cannot contemplate that he would have done anything that might have left Nim vulnerable.

The positive aspect of this search is that it is not for one missing person. Harry has Nim with him, and he was driving a very distinctive Berlingo, in that it is right hand driver and decorated with various surf stickers.

Father Mark has already hired a helicopter to try and spot the car from the air, but as of today, there has been no sign.

Harry has a debit card on him, but it has shown no movement. His phone became inactive the day after he went missing.

GNR police have located the phone pings “as being somewhere between Messines and Alte” on March 16-17 – which is where his parents have been concentrating their searches.

“We have driven round the areas where Harry likes to walk”, Angela, 54, explains. “But the area is huge…”

The situation literally is every parent’s worst nightmare.

“Everything is going through my head, but I keep holding on to the belief that he would never do anything that would compromise Nim’s safety”, says Angela.

He could have had an accident, in which case with an inactive phone, the urgency to find Harry is even more acute. 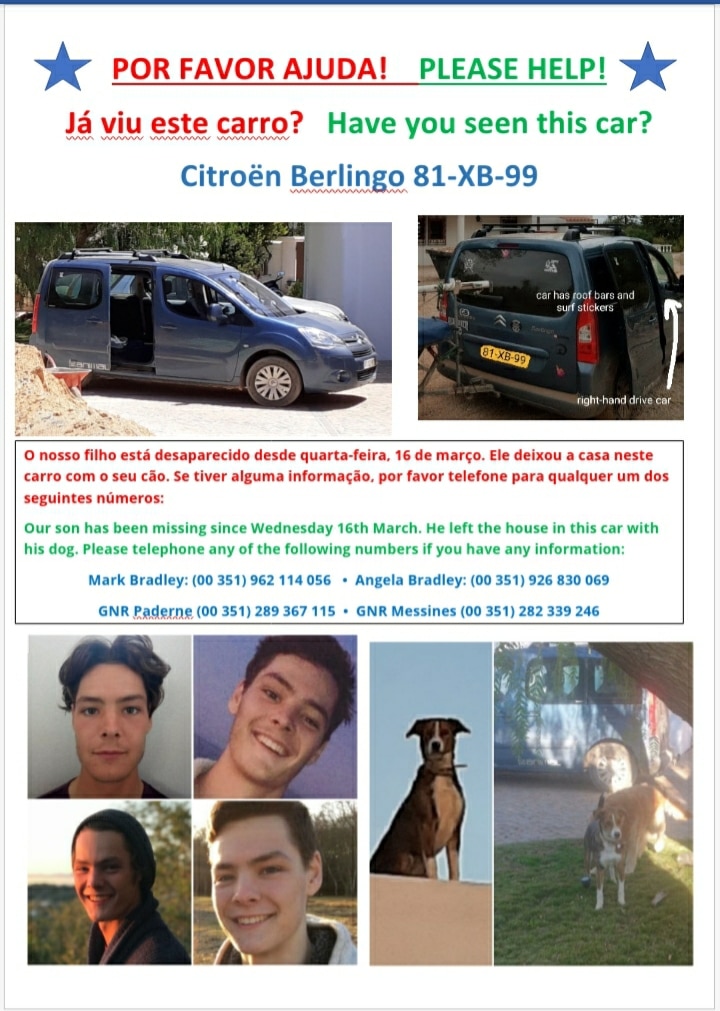 For now, the young man’s parents are simply appealing to anyone who walks the remote areas around Barragem de Messines “to keep an eye out”.

“The car would possibly be the first thing people would notice…” Angela ventures.

The family have been living in the Algarve since 2017. Harry arriving here in 2018 after his ‘A’ levels and up till now helping his father with building work and other general tasks.

Harry is not a young man on the spectrum, says his mother, but he “hasn’t yet found his way” and although loving the nature and freedom of the Algarve, has found it difficult to make friends.

A useful next step might be a drone search. Anyone with any ideas is asked to get in touch with the family (see details in poster uploaded above).