Portugal Resident
Home Society Opinion You are very lucky to still be alive! 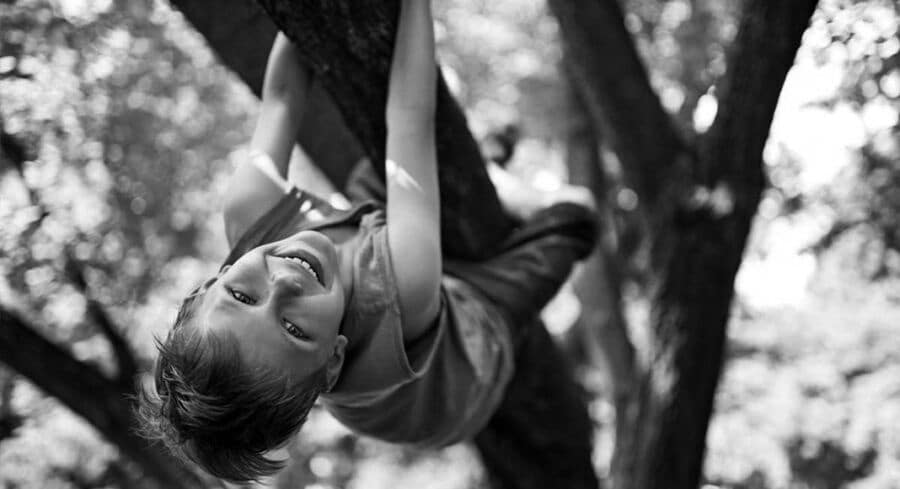 Now, if you are like me – that is you are ever so very slightly just over the age of 37 or, in my case to be exact, 70 – and you were born and brought up in the UK during the 1950s, then you must, I’m sure, consider yourself extremely lucky to have survived this long and to still be alive today.

Well, you see, back in those days – and by those days I mean the 1950s – you would almost certainly have been brought up by incredibly thoughtless parents, who very carelessly allowed you to grow up surrounded by the most incredible amount of danger, with threats to your very existence going on all around you every day.
What on earth am I talking about? Well, just consider the following.

In the UK back in those days, even our very start in life was incredibly dangerous because our parents thoughtlessly dumped us all in baby cots and prams that were covered with very bright-coloured lead-based paint, which us British babies would thoughtlessly lick away at to our heart’s content.

Our parents didn’t bother to ensure there were child-proof lids on their pill boxes and their medicine bottles. There was no child proofing on the kitchen doors or cabinets and, when we rode our bikes, they never once made us wear a helmet.

So, why on earth were our parents so thoughtless? Didn’t they care about our safety or was it for the simple reason that there were no such things when we were growing up because they hadn’t been invented?

As children, we would happily ride in cars that had no seatbelts or airbags because there weren’t any such things, and if you lived in the country, for a special treat on a warm sunny day, we would go for a ride in the open back of a pickup truck or on a tractor’s trailer and hang on for dear life as it shot round country lanes.

We kids used to drink ordinary water, from an ordinary tap, and quite often we even drank from the end of the garden hose, but we never once drank extremely posh and expensive mineral water from a highly sanitised bottle.

Quite often we’d share our fizzy drink with three or four of our friends, and we all happily drank from the same bottle, and – surprise, surprise – no one actually died.

We ate oodles of steak and kidney pies and beef puddings, we scoffed mountains of sticky cakes, gooey desserts, wagon wheels, penguins and we ate great lumps of bread pudding. We put loads of thick butter and giant dollops of jam on our bread, and we drank oodles of cold fizzy drinks with mountains of sugar in them.

But, funnily enough, us UK kids were never obese and hardly ever overweight because we were always outside the house, playing games and running about.

We spent hours building go-carts out of scraps of wood and old pram wheels – and when they were finished, we rode them down the hill as fast as we could, only to suddenly realise halfway down that we’d forgotten to include any brakes. After running into a few bushes or the odd lamppost a few times, we learnt to solve that problem as well.

We’d leave home early in the morning and play all day, and as long as we were back home before the streetlights came on, mum and dad were quite happy, and yet nobody was able to reach us all day, because mobile phones hadn’t been invented.

I suppose you could say we were all really deprived as children. Well, for a start, none of us had Play Stations, X-Boxes, Wii’s or Nintendo’s – in fact, we had no video or TV-based games at all because nobody had invented such things.

There weren’t 300 different satellite TV channels, all with record and play back facilities to choose from, no Netflix, no Amazon Prime TV etc, because there was only one channel – the BBC. No other channels existed, and most people couldn’t afford to buy a TV set anyway.

There were no mp3 players, no surround sound, no personal computers, no laptops, no tablets or mobile phones, and there were definitely no chat rooms. Nobody had heard of social media, Facebook, Twitter or Instagram etc.

If you needed to look something up for your school homework, you couldn’t Google it because the internet didn’t exist. If you were fortunate enough to have an encyclopedia at home, then you looked it up in that, but otherwise you had to walk to the nearest library and find out what you wanted to know in one of those really old-fashioned things called a book!

So, you ask, what on earth did kids in the fifties do to amuse themselves?

Well, we made friends, and then we went outside the house and into the fresh air to go and find them.

We’d all get together and play sports – football, cricket, tennis, rugby – it didn’t really matter what. No one had expensive designer track suits and sports outfits, and we definitely had no proper equipment. We simply wore our ordinary clothes, used a lump of wood that gave us splinters for a hockey stick or a cricket bat, and we used a worn-out tennis ball as a football and a pile of coats and jumpers as goal posts.

Sometimes we’d play really silly games together. We’d play Cowboys and Indians, with everyone charging about making red indian whooping noises, firing imaginary guns, or bows and arrows at each other while riding our imaginary horses.

Sometimes we’d ride an old baker’s tray down the hill and crash at the bottom. Another time we would swing wildly on ropes from trees, or even climb the trees themselves from which we frequently fell out.

We’d cut ourselves or even break a couple of bones or a tooth – but that was life, and nobody ever dreamt of sueing anybody else. There were never any lawsuits from these accidents.

Why? Because they were just that – accidents! No one was to blame but ourselves.

Sometimes we had really silly fights over nothing in particular, and we’d occasionally punch each other and get a black eye, but we learned to get over it and move on.

We made up all sorts of silly games using sticks, and sometimes we were really disgusting and ate worms in order to see what they tasted like, and although our parents frequently told us we would, we never put anyone’s eyes out with our sticks, and the worms didn’t live inside us forever.

We never emailed or texted our friends because there was no such thing, so we either rode our bikes to their houses, or walked to a friend’s home and knocked on the door or, more often than not, we simply rang the bell and then just walked in and talked to them, face to face, not via text sitting alongside each other on the sofa.

Our schools all had competitive rugby teams, football teams and held cricket trials, and not everyone got in the team. Those who didn’t make it into the team had to learn as a child something they’d have to deal with in later life – it was called ‘disappointment’.

Sadly, some pupils weren’t as smart as others, so they failed their exams, and some were even held back a year and had to repeat the course. But there were no league tables for schools, and the kids’ exam results were never adjusted – for any reason whatsoever.

In the fifties, we were taught that all our actions were our own responsibility, and consequences were to be expected. The idea of our parents bailing us out if we broke the law was completely unheard of. Parents in the fifties were far more likely to side with the police than us if we’d done something wrong. Just imagine that!

As a result of all this – the current generation of over 60s has produced some of the world’s best risk-takers, incredible entrepreneurs, amazing problem solvers, brilliant engineers, creative musicians and artists and some of the world’s greatest inventors. The past 70 or so years has seen an explosion of innovation and new ideas – a lot of which has come from the so-called ‘deprived’ upbringing a lot of us kids experienced.

I can’t speak for any other nationalities, but I suspect it was much the same everywhere growing up in the 1950s. Generally speaking, most of us over 60s were given a lot of freedom as kids. We knew and experienced for ourselves both success and failure in equal measure – but we took responsibility for our own actions and if, for any reason, we failed, we just carried on and learnt how to deal with it.

So, if you’re over 60, and you’re one of those deprived people, congratulations and well done you!

Trevor Holman has lived in the Algarve for 20 years. An ex-session musician, advertising director and Justice of the Peace, Trevor has written four stage musicals, over 100 songs and has had eight of his novels published to date, including the highly successful ‘Algarve Crime Thriller’ series.