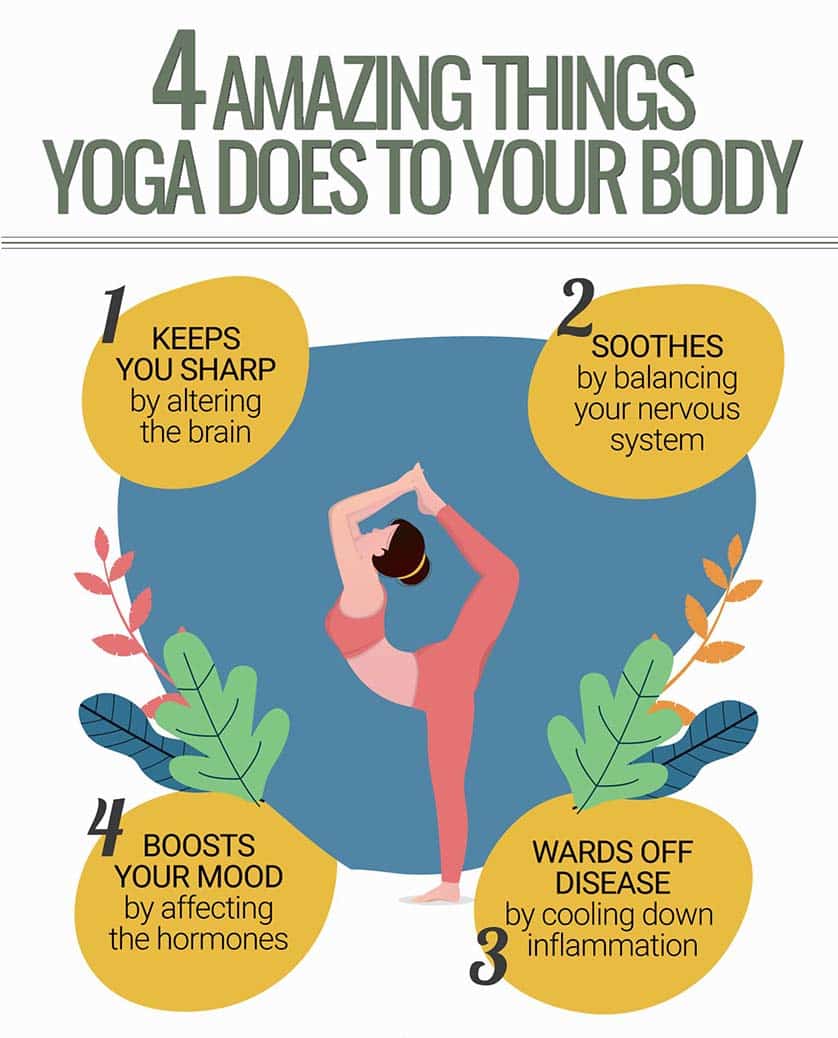 For many people, yoga provides a retreat from their chaotic and busy lives. This is true whether you’re practising downward-facing dog posture on a mat in your bedroom or in an ashram in India. Yoga provides many other mental and physical benefits.

The goal during yoga practice is to challenge yourself physically but not to feel overwhelmed. At this “edge”, the focus is on your breath while your mind is accepting and calm.

Yoga develops inner awareness. It focuses your attention on your body’s abilities at the present moment. It helps develop breath and strength of mind and body. It’s not about physical appearance.

If you have already visited my Haven yoga studio in Vilamoura, you would notice that it doesn’t have any mirrors. This is so people can focus their awareness inward rather than how a pose or the people around them look.

Surveys have found that those who practised yoga were more aware of their bodies than people who didn’t practice yoga. They were also more satisfied with and less critical of their bodies. For these reasons, yoga has become an integral part in the treatment of eating disorders and programmes that promote positive body image and self-esteem.

Mindfulness refers to focusing your attention on what you are experiencing in the present moment without judging yourself. Practising yoga has been shown to increase mindfulness not just in class but in other areas of a person’s life.

Researchers describe mindful eating as a non-judgmental awareness of the physical and emotional sensations associated with eating. They developed a questionnaire to measure mindful eating using these behaviours:

The researchers found that people who practised yoga were more mindful eaters according to their scores. Both years of yoga practice and number of minutes of practice per week were associated with better mindful eating scores.

Practising yoga helps you be more aware of how your body feels. This heightened awareness can carry over to mealtime as you savour each bite or sip, and note how food smells, tastes and feels in your mouth. 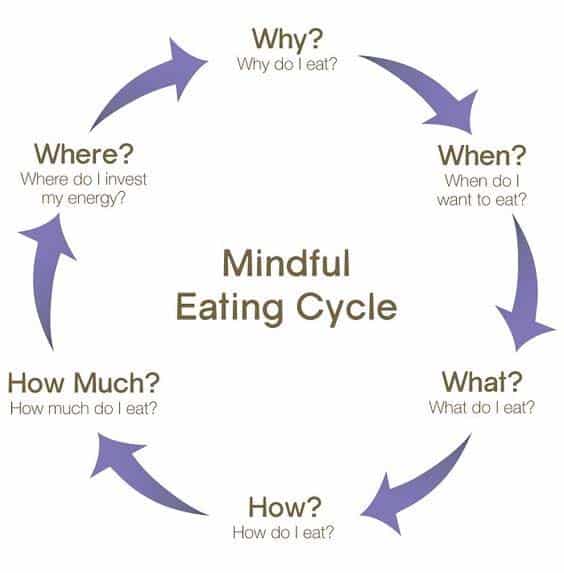 A boost to weightless and maintenance

People who practice yoga and are mindful eaters are more in tune with their bodies. They may be more sensitive to hunger cues and feelings of fullness.

Researchers found that people who practised yoga for at least 30 minutes once a week, for at least four years, gained less weight during middle adulthood. People who were overweight actually lost weight.

Overall, those who practised yoga had lower body mass indexes (BMIs) compared with those who did not practice yoga. Researchers attributed this to mindfulness. Mindful eating can lead to a more positive relationship with food and eating.

Yoga is known for its ability to soothe tension and anxiety in the mind and body. But it can also have an impact on a person’s exercise capacity.

Researchers studied a small group of sedentary individuals who had not practised yoga before. After eight weeks of practising yoga at least twice a week for a total of 180 minutes, participants had greater muscle strength and endurance, flexibility and cardio-respiratory fitness.

Several small studies have found yoga to have a positive effect on cardiovascular risk factors. It helped lower blood pressure in people who have hypertension.

Another study found that practising yoga improves condition for patients with known coronary artery disease. It also lowered excessive blood sugar levels in people with non-insulin/dependent diabetes and reduced their need for medications. Yoga is now being included in many cardiac rehabilitation programmes due to its cardiovascular and stress-relieving benefits.

Yoga may help bring calm and mindfulness to your busy life. To find the right class for you, please visit our website or simply reach out to me and I will be happy to advise you on what is the best practice for you, depending on your experience and focus.

Elena Menci is a 700hr International Yoga Teacher who studied in India, Bali, Mallorca and Dubai. She teaches private and group classes in Vilamoura and hosts workshops, weekend and week-long retreats for her “Haven” community in the Algarve, which she is a founder of. Elena’s passion is to pass on what she has learnt from all her gurus and teachers to those around her. Instagram: @thehaven_algarve | www.thehaven.pt