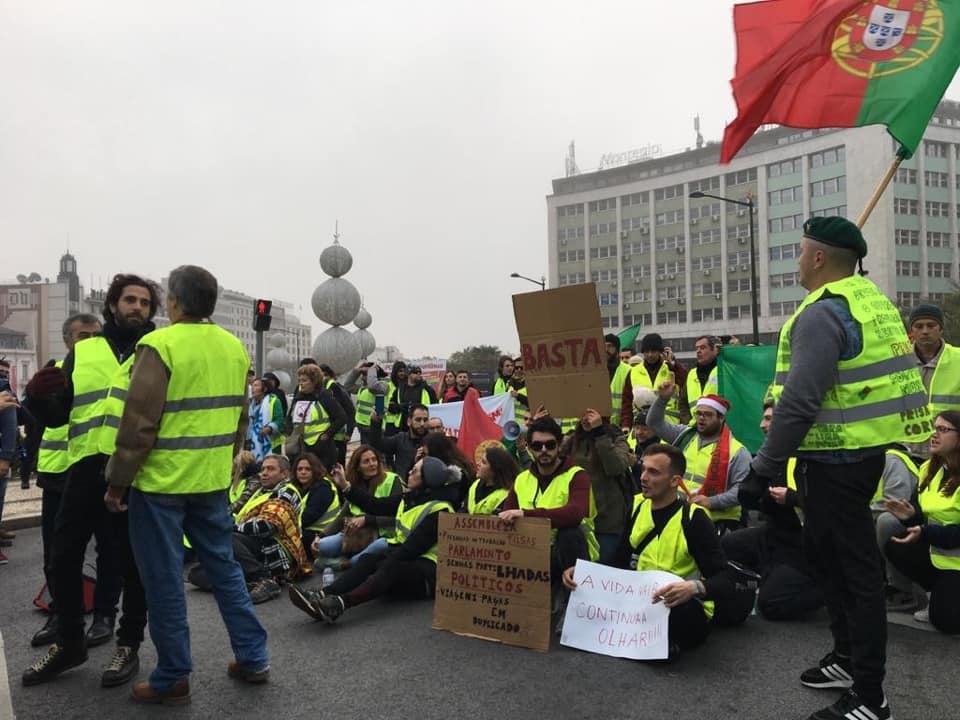 By midday today, the “Dia da Revolta” inspired by France’s yellow vest protests had failed spectacularly in its mission to “stop Portugal”.

Various small points of protest have been identified – and controlled – throughout the country. There have been a handful of arrests (one so far in Porto and three in Lisbon), but all in all it has been the damp squib punters predicted.

Says website Politico, two hours into the protests this morning, “demonstrators could be counted in dozens rather than thousands”.

Prime minister António Costa has been interviewed, calling for calm and civism – but the truth is that the list of complaints has become so fractured that it even includes a demand that tuning should be legalised for cars…

Politico concedes that although violent yellow vest protests spilled over into Belgium, most attempts to muster similar anti-establishment demos have fallen flat.

The Algarve has two protest scheduled for Portimão and Faro, thus once we have information on how these have gone, we will update.

But taken as a whole, the slogan “Vamos Parar Portugal” simply hasn’t appealed to enough disgruntled citizens to make any kind of difference.

Powered by social media groups, the movement has no backing from trade unions or left-wingers, and as critics have explained, it seems to be “supporting extreme right positions aimed at societal and civilisational regression” instead of demanding progress and social justice.

Police, meantime, have been drafted into problem areas in such force that in almost all cases, they outnumber protesters.