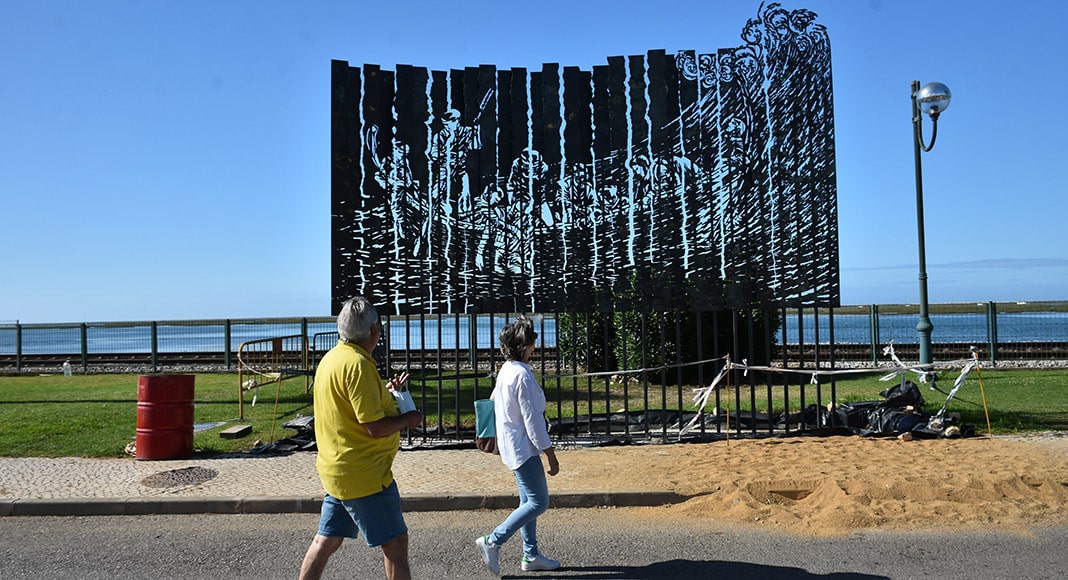 After 12 years of persistence, British expat Michael Pease has finally seen his dream come true of erecting a memorial sculpture in Faro in honour of the fishermen who bravely rescued six American aviators from the sea during World War Two in 1943.

The sculpture has not been officially inaugurated yet, but it can already be seen in all its splendour near Faro’s docks.

“Michael contacted me at the start of 2012 and asked me to design a sculpture that represented the story of the fishermen of Faro and the American aviators,” sculptress Toin Adams told Barlavento newspaper.

“In the following years, we had around 10 designs, different budgets, and so many meetings with Faro Council that I lost count. At around the start of 2019, I remembered the Nelson Mandela memorial in Howick (South Africa), which inspired me to create the final drawing. I tried to describe the idea in words and drawings, but nobody could understand what I meant. So, I created a model – and that is when this memorial became real,” Toin added. 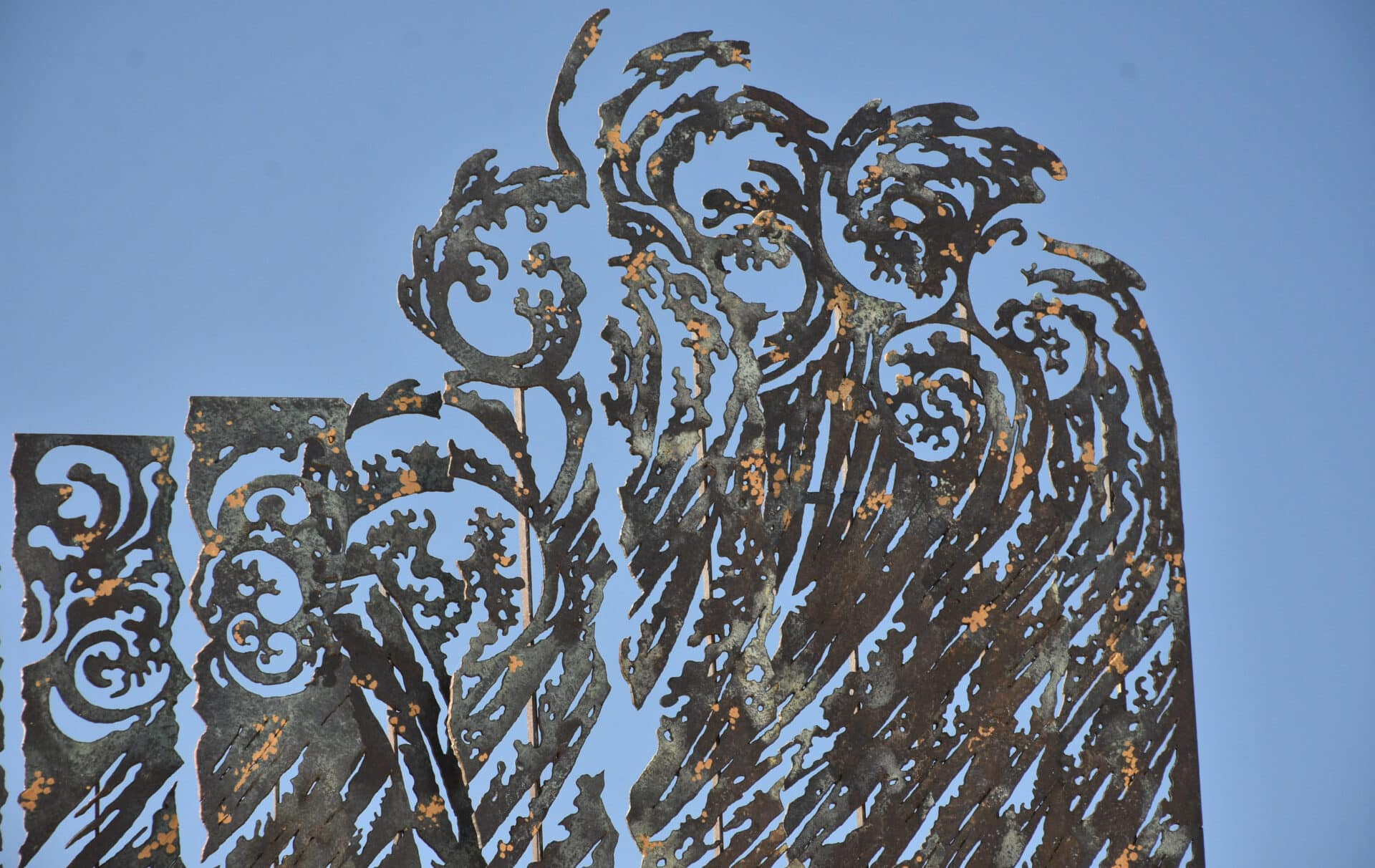 After reaching an agreement for the needed financing in October 2019, it was agreed that the memorial would start being erected in April 2020 and that the inauguration would be planned for September 7 (Faro’s municipal holiday). However, the plan was suspended due to the Covid-19 pandemic.

“Michael Pease did something extraordinary,” said the sculptress. “He decided that we should move forward with the agreed calendar and begin the memorial, despite not knowing whether he’d receive the promised funding. So, he decided to risk it with his own money.

“With a tiny budget, we got to work. We were under pressure to try to complete most of the sculpture in three months.”

However, the project turned out to be more complicated than anticipated.

“In three months, we were only able to erect eight of the 30 steel panels. We looked at the sculpture in despair. It was a disaster,” lamented Toin.

“Michael was very comprehensive and saw the effort involved. So, we had to package the panels in the winter to try to minimise rust due to the humidity in the air. The team had to polish everything twice, maybe more times,” she added. 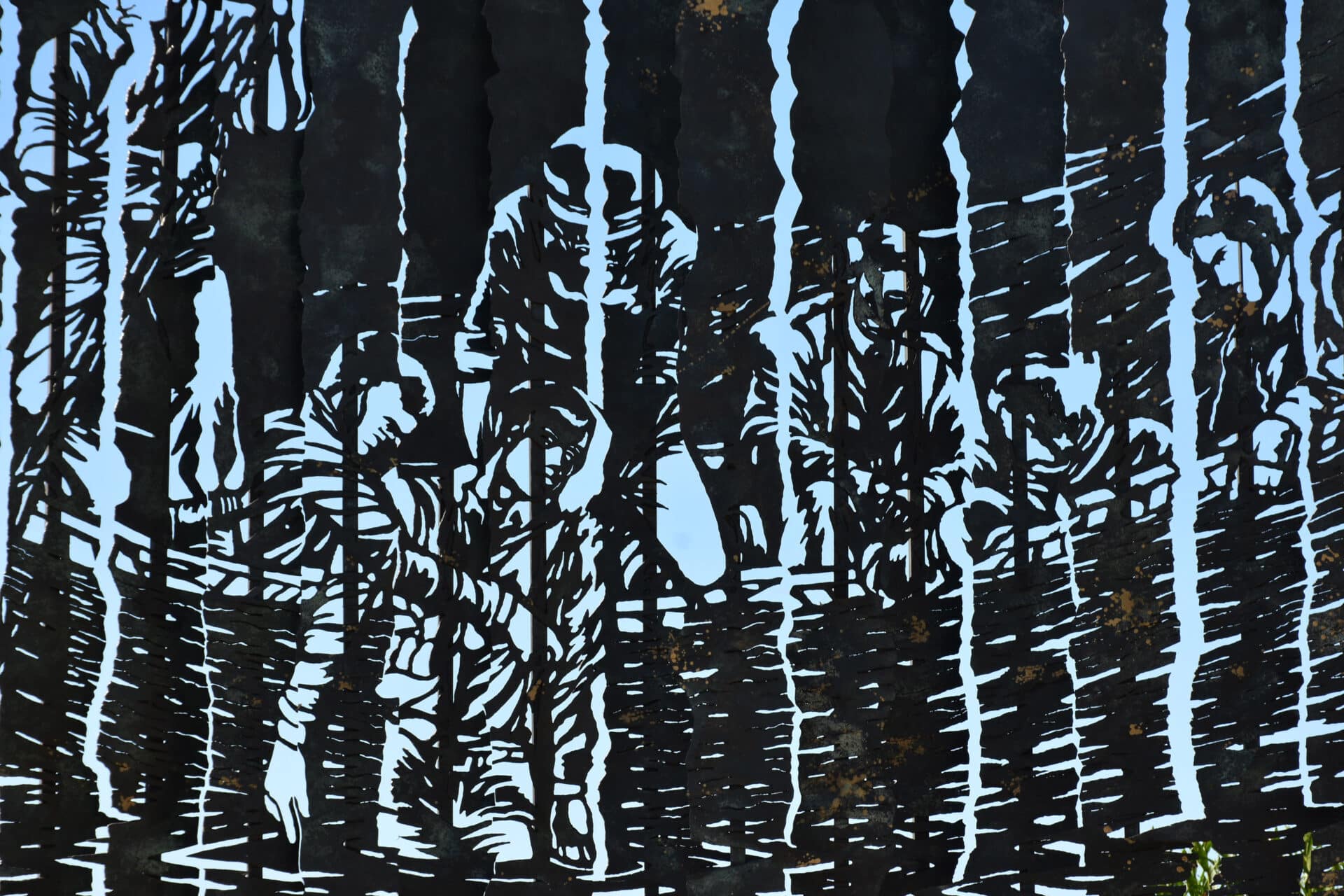 Some much-needed good news came between Christmas and New Year, when Faro Council contacted Toin, “out of the blue”, to inform her that it would be providing the necessary funding.

“I never acted so quickly,” she said, adding that the second phase started in January 2021.

“The key to this sculpture is that each piece has to be placed with a lot of precision, so that the viewer can see the complete image which is cut into the steel,” the artist said, adding that the team learned with its mistakes and changed the process.

“Instead of using solid 40mm bars which made it impossible to place them precisely, we changed to hollow sections. In a few days, the whole sculpture had taken shape. And now we could mark the exact positions so that it could be installed in Faro when the time came.”

Teamwork played a huge role in the project finally coming to life.

“All kinds of skilled and non-qualified people turned up to help polish, clean, raise and move (the pieces). Without them, the monument would never have been built,” Toin said.

The sculpture pays tribute to Faro fishermen Jaime Nunes, his friend José Marcarenhas and Mascarenhas’ son Manuel, who were fishing for corvina on a small rowboat around 12 nautical miles off Faro Island when they heard a large crash, followed by smoke, flames and screams.

A PB4Y-1, the American Navy’s version of the famous B-24 Liberator heavy bomber which was fighting German submarines, had crashed while flying over Quarteira and Faro.

The plane, which had departed from the Port Lyautey base in Morocco, got lost and ran out of fuel. Of the 11 crew members on board, five lost their lives in the crash. While they were frightened, Nunes and Mascarenhas rescued the six injured survivors.

They gave them all they had, from food to their warm clothes, and had to wait for the tide to change to return to shore safely on what had become an overcrowded rowboat.

The American survivors were taken to Hospital da Misericórdia in Faro, while American authorities changed the location of the accident to circumvent neutrality agreements and allow the return of the injured crew, who otherwise would have had to remain in Portugal until the end of the war.

António Salazar – the leader of Portugal’s Estado Novo authoritarian regime – ‘looked the other way’ and Jaime Nunes and José Mascarenhas did not see their heroic act recognised until many years later.

The story only came to light in 1999 due to the persistence of journalist Carlos Guerreiro, a World War Two researcher.

British expat Michael Pease was so moved by the story that he made it a life goal to make sure it was never forgotten, having spent the last 12 years of his life fighting to erect a memorial in Faro.

Speaking to Barlavento, Michael Pease said that the support of several entities (and philanthropists) was essential to raise the €40,000 needed to bring the memorial to life.