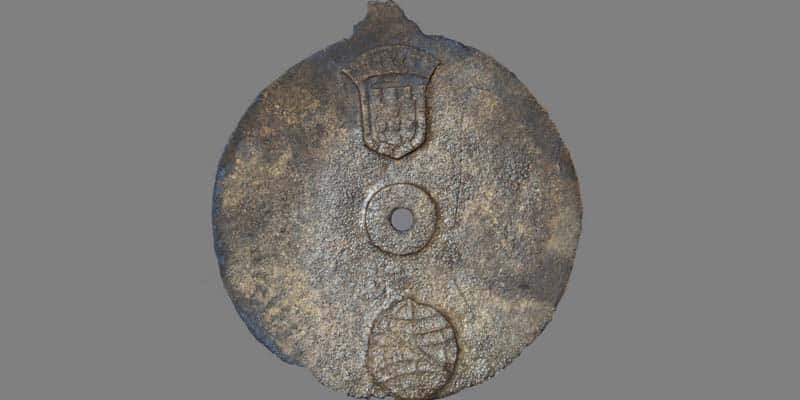 A Portuguese astrolabe, an ancient instrument used at sea as a nautical navigational tool, has been officially certified as the oldest in the world by Guinness World Records. A ship’s bell dated 1498 was also recovered and confirmed to be the oldest known example in the world.

The over 500-year-old artefacts were recovered from a shipwreck off the coast of Oman by British archaeologists in 2014.

The 175mm diameter astrolabe, a disk weighing 344 grams, was analysed by a team from the University of Warwick who traveled to Muscat in November 2016 to collect laser scans of some of the most important artefacts recovered from the wreck site.

The astrolabe is one of only 104 that are known to exist. It was found under sand near the wreck site.

The ‘Esmeralda’ ship that went down was part of Portuguese explorer Vasco da Gama’s second voyage to India between 1502 and 1503.

It sunk, along with another in the Portuguese ‘Armada’, when a storm tore them from their moorings and dashed them against the rocks in 1503.

The astrolabe went down with the ship which was under the command of a Portuguese commander named Vicente Sodré, uncle of Vasco da Gama.

Research about this topic was published in the International Journal of Nautical Archaeology this week, explaining the science behind the analysis.