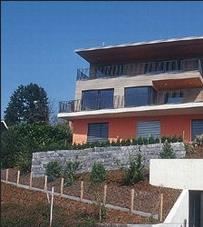 OCATARINETA & ASSOCIATES – Mediação Imobiliária Lda recently joined the biggest real estate network in the world, CENTURY 21. The opening of this new agency in Lagos is in line with CENTURY 21’s expansion strategy for Portugal, strengthening its presence in the Algarve region. “All buyers and sellers of real estate in the western Algarve can now take advantage of the world’s most complete and professional real estate mediation service,” said Pedro Miguel, partner and director of CENTURY 21 Ocatarineta.

The Resident: With so many real estate agencies currently working in Lagos, what will differentiate CENTURY 21 from the competition?

T.R: But do you believe that the market has space for more agents?

P.M: Statistics say that 60 per cent of the real estate deals are still made between private individuals, without the involvement of a professional firm. This is an incredible and scary figure, if you think about the complexity of the steps involved. Our strategy to capture these customers is total professionalism and the quality of the services we provide.

With more than 130,000 consultants and over 7,000 agencies open in 40 countries, CENTURY 21 is currently the world’s largest real estate network, making connections between buyers and sellers worldwide. CENTURY 21 is the real estate brand with highest brand awareness in countries like the US, Canada, Australia, New Zealand, Japan and France, among others.

CENTURY 21 arrived in Portugal in March last year and now has more than 50 agencies throughout the country, and it expects to reach the record-breaking figure of 150 by the end of 2006. Each CENTURY 21 agency is legally and financially independent.