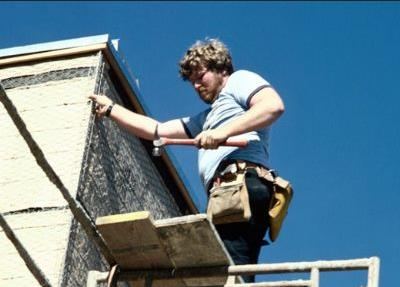 The G20 conference in London is now behind us, and the leaders of those countries accounting for over 80 per cent of the world’s GDP are now back in their respective lands.

Before they left, they convinced themselves that the world’s financial problems were being resolved. Meanwhile, the public remain equally convinced that taxes and unemployment continue to go up regardless, and that the only people who are happy are the bankers – and of course the politicians themselves.

Europe is floundering, and any light at the end of the tunnel is still hard to spot. Although the former Communist countries of Central and Eastern Europe are looking to the west for bail-out, there is common agreement that the UK will fare worse than most.

But in Spain the problems are also acute. The construction sector which has been responsible for the boom is now creating the bust. Unemployment is forecast to hit 19 per cent within a year. The reality is that with average wage rises growing three times faster than productivity throughout the past 10 years, a day of reckoning was always coming. The question now is: what are their politicians doing to make their labour market more competitive and more flexible? Well, in Brussels their politicians are making it worse.

The European Commission has proposed a review of the Working Time Directive, the EU legislation which dares to prescribe how many hours people should be graciously permitted to work. Ever since the law was originally passed over 10 years ago, the UK has enjoyed an opt-out – whereby individuals could choose to work longer hours, and over three million British workers have indeed chosen to do just that. In recent years, more and more countries have followed suit, and now 15 out of the 27 EU Member States want to use the opt-out. That should suggest that it was a duff directive in the first place, but this is far too obvious for certain politicians.

The MEP responsible for guiding any revision of this legislation through the European Parliament is a Spanish Socialist, backed by a Portuguese Centre-Right and supported by British Labour MEPs. They are all determined that the opt-out should go, that European workers are somehow crying out for the extra protection this would apparently provide. We take the view that you should promote flexibility not prohibit it, that we should bin the Directive rather than ban the opt-out, and that the UK offers over three million reasons why.

Battle is currently joined, and the outcome will be known shortly. It is a battle for freedom of choice: but it will also show which politicians are in touch with the people they represent, and which live in their own separate world.