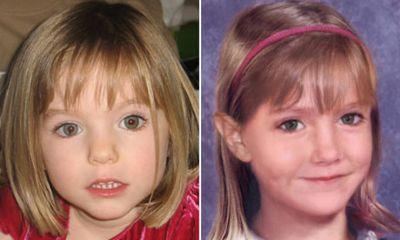 Kate and Gerry McCann marked the second anniversary of their daughter’s disappearance away from the spotlight, while television audiences around the world watched the emotional interview between the McCanns and US chat show queen Oprah Winfrey.

In a new message on the findmadeleine.com website, Gerry and Kate say: “It is two long years since Madeleine was taken.  It is two years since we were a happy family of five. “We are no longer looking for a four year old little girl – but a six year old one.  This is crucial.”

Ernie Allen, co-founder and president of the National Center for Missing and Exploited Children in Washington, US, said to Kate and Gerry on the Oprah show: “We want you to understand that circulating a photo of a child who is not quite four for two years is not good enough.”

During the interview with Oprah, Kate and Gerry revealed details of the events surrounding their daughter’s disappearance and how they have coped since, with Kate emotionally revealing: “Sometimes I just want to be in a coma until it is over so I can get some peace.”

Oprah asked about why the couple had appeared cold in appeals to the public and referred to the press conference given four days after Madeleine disappeared. Kate said: “I had spent 72 hours crying and suddenly felt a bit numb.”

She added: “I was told it was quite important not to show any emotion as the abductor could get some kind of adverse kick out of it.”

When asked about their feelings on being made arguidos, or official suspects, Kate described the process as “incredibly upsetting” while Gerry added: “People can have theories and that is all they are; they are absolutely ludicrous but once you have been smeared, how do you prove an innocence?”

Oprah asked the couple if they thought the time would come when they would say “enough”, with Kate replying “I don’t think there will ever be a day when we feel we have done everything; as parents we have to do everything”.

A new book questioning the investigation into the case of Madeleine McCann has been launched to coincide with the second anniversary of her disappearance on May 3.

The Madeleine Investigation: Incompetence or Corruption? has been written by a group of five co-authors, from the Justice for all the McCann family internet chat forum.

The authors describe the book as being “in general support of Mr and Mrs McCann” and use it to criticise Gonçalo Amaral and his techniques in the investigation, describing the former police officer as “incompetent” and “corrupt”.

The book has been self funded and all profits made from its sale will be passed to the Find Madeleine Fund.

For further information about the book which is available to buy online please visit http://www.authorhouse.co.uk/BookStore/ItemDetail~bookid~60049.aspx