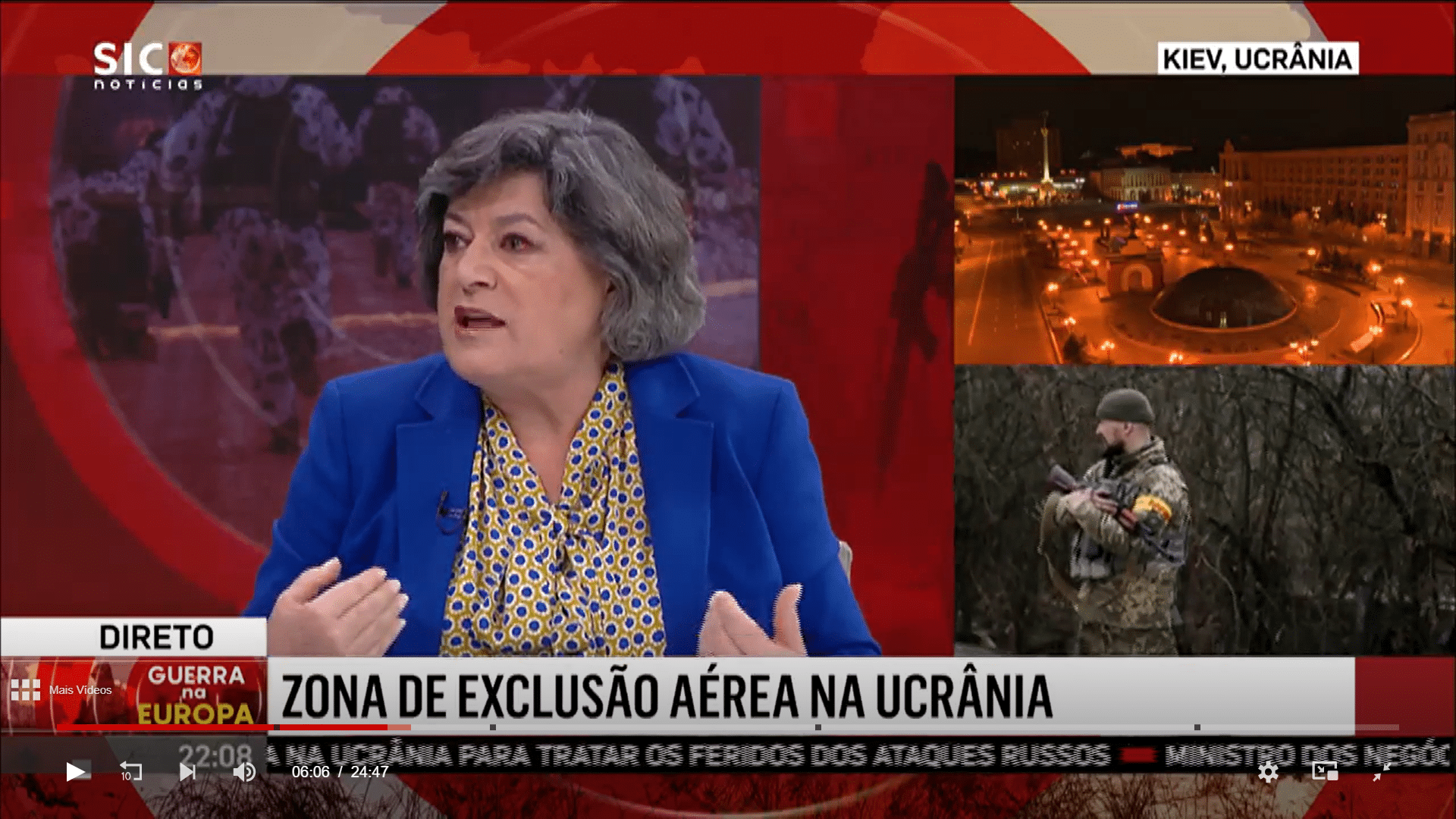 With the president of Lithuania today “guaranteeing that Vladimir Putin will continue his offensive into other territories if he is not stopped” in Ukraine; with the United States “studying the possibility of sending North American fighter jets to Poland so that Poland can decide whether it lends part of its fleet of old MiG fighters to Ukraine, and with the European Union announcing it is “working on new sanctions in the face of Russian intransigence”, it doesn’t take much to understand commentator Ana Gomes’ protestations that “we are already in a Third World War”.

“We are already there!” she said repeatedly during her commentary on SIC late night news on Sunday. “We cannot have any illusions”.

Mirroring in a way the frustrations of Ukraine’s president Zelensky, Ms Gomes queried ‘what is the point of NATO if it isn’t there to stop massacres?”

What is the point of balking at imposing a ‘no fly zone’ when Russian missiles are killing Russian-speaking people in Russian areas of Ukraine?

A week ago, the West vacillated over whether or not it could/ should exclude Russia« from the SWIFT banking system. The move was considered equivalent to launching a nuclear attack. But the decision to go ahead was taken anyway.

The same, Ms Gomes believes, will/ must happen in the case of the ‘no fly zone’ over Ukraine: it has to come, however unpleasant the possible consequences.

For now, the world waits/ discusses/ argues: the next round of peace talks have been scheduled for later today in Turkey, we’re told. President Marcelo has said: “No one can predict what will come”.

The headlines meantime lurch from bad to worse: the Red Cross is credited with announcing that mines have been laid along the routes ostensibly ‘opened’ for inhabitants to flee Mariupol.

SIC’s other well known Sunday evening commentator Luís Marques Mendes, a State advisor and long-term political reference in Portugal, said in his slot yesterday whatever happens next; whatever comes of today’s round of talks, Vladimir Putin has already lost this war: he has reached a point of isolation, as a leader, from which there can be no coming back.