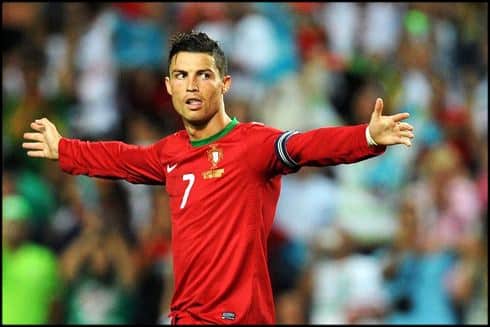 In the event, Cristiano Ronaldo lived up to his superstar label and delivered one of the most important performances to date in the colours of the national team. Following a goalless opening 45 minutes during which manager Paulo Bento’s eleven always had the upper hand, Portugal’s emblematic winger finally found the back of the net five minutes after the re-start to put Portugal one up on the night and 2-0 on aggregate.

However, just as Brazil seemed within touching distance, Sweden’s very own superstar, Zlatan Ibrahimovic, scored twice in quick succession to leave the match hanging in the balance tied at 2-2.

As the Swedes poured forward in search of the winner, two sublime finishes on the counter attack in as many minutes from ‘King’ Ronaldo sealed both his personal hat-trick and qualification for next year’s World Cup finals.

On the same night, France recorded a 3-0 victory over the Ukraine in Paris to overturn their 2-0 away leg deficit and join Portugal in Brazil alongside fellow European play-off winners Greece and Croatia.

Meanwhile, England followed their 2-0 defeat to Chile last Friday with a further Wembley setback against a second string German eleven and Roy Hodgson will have his work cut out moulding a team capable of competing on the biggest stage in seven months’ time.

Closer to home, Gibraltar made their debut as a full UEFA member at their new Stadium of the Algarve ‘home’ ground holding out for a goalless draw against vastly more experienced Slovakia.