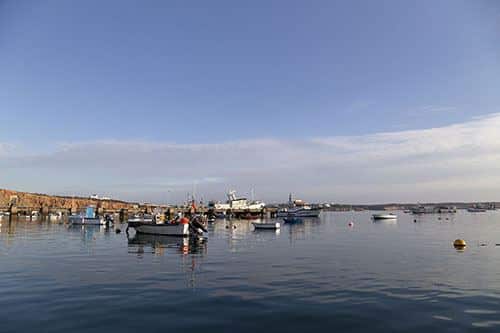 Portugal’s hero against England in the penalty shoot-outs at the Euro Finals 2004 and the World Cup Finals 2006, goalkeeper Ricardo, has signed a 12-month contract with Olhanense.

In an exclusive interview with the Algarve Resident, Ricardo revealed that he is looking forward to a challenging season with the Algarve’s only Premier League football team.

Capped 79 times for his country, the affable custodian is very much at home in the Algarve where he has a villa. In the quarter-finals of UEFA Euro 2004 against England – 2-2 after extra-time – Ricardo was the hero.

With the teams level 5–5 in the shoot-out, he first saved Darius Vassell’s penalty and then, after taking his gloves off, he calmly stepped up and scored the deciding penalty to send Portugal through to the semi-finals.

Of the World Cup Semi-Final 2006 – Wayne Rooney was sent off and the game ended 0-0 after extra-time – Ricardo has fond memories: “I vividly remember saving the penalties of Frank Lampard, Steven Gerrard and Jamie Carragher. Little did I realise that I was the first player to save three penalties in a World Cup final shoot-out.”

In January 2011, Ricardo signed for Leicester City, citing manager Sven-Göran Eriksson as his motivation for joining the club. He made his debut in a 2–0 win away at Derby County.

“I thoroughly enjoyed my time at Leicester where I got hooked on golf. All British footballers seem to play the game and have handicaps of ten or less! I am looking forward to introducing some of my new colleagues to the game. There are some wonderful courses here in the Algarve. But I’m not sure that Sérgio Conceição will let me spend too much time on the greens!”

Ricardo went on to state that he has every intention of fighting to resurrect his international career. At 36, many would consider him too old, but this is one committed player who may prove them wrong.

In 2006, Ricardo was awarded the Ordem do Infante Dom Henrique for exceptional and outstanding service to Portugal and its culture. The Order of Knighthood was created in 1960 to commemorate the 500th anniversary of the death of Henry the Navigator.

President of SC Olhanense Isidoro Sousa  said: “I’m extremely proud to have a goalkeeper of this quality at our Club.”