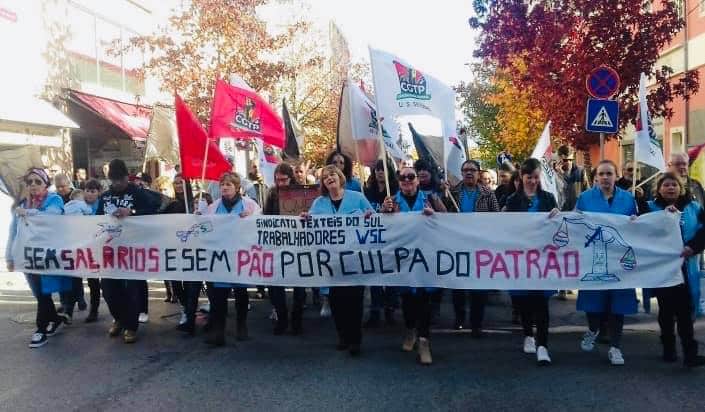 As many people leave work early today ahead of New Year’s Eve celebrations, spare a thought for 43 laundry staff of Quimiparque in Barreiro, who have been living alongside their washing machines since November.

The reason? The business closed its doors on November 9, purportedly owing staff back-pay and holiday dues.

Inside the locked doors of ‘WashClean Laundries’ stand a number of machines that if sold could pay staff the money owed to them. But, according to tabloid Correio da Manhã, the fear is bosses could remove the machines, sell them and use the money for other purposes.

Thus the sit-in, that “didn’t even relent for Christmas”.

Indeed, at one point a crane is understood to have been set up outside the premises “to pick up scrap”.

Workers refused to let it through WashClean’s gates, and have been sleeping rough on inflatable mattresses ever since.

Various appeals for food and other essentials have gone out over social media. A number of the staff affected are said to be single mothers with young children.

The sit-in hopes to force the company into declaring insolvency, which would open the way to selling the machines and divvying up the money between staff members.

For now, the fight has been promoted by the textile syndicate of the south which highlights how “tourism is growing” yet workers within the sector are going unpaid.

Says Correio da Manhã, WashClean used to have a client list of 40 hotels but this “reduced drastically” in the weeks leading up to last November.

Meantime, the owners of the company have not been contactable for comments, said the paper.