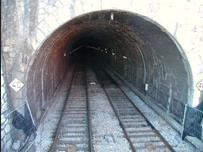 WORK ON Lisbon’s Rossio tunnel has begun afresh, according to the Rede Ferroviária Nacional (Refer), the Portuguese national railtrack company, the outsourced construction company Tecnasol is to carry out the next phase of work, consisting of putting a number of structural supports inside the tunnel so that work can begin apace for diggers to widen the structure.

The cost of the next phase of work, including putting in the tunnel supports, is an estimated 9.7 million euros and should be completed within nine months.

The support pillars will be put along a 450 metre stretch of the tunnel at its entrance.

The second phase includes reinforcement of the superstructure, replacing the ventilation shafts and re-doing the cantenary curve.

Refer confirmed that it was analysing the proposals from three construction consortia so that the overall work can carry on from January 2007.

Last week, Lisbon Câmara rejected a plot of land at Marvila, which was considered as part of the route for the high speed TGV train.

According to Urban Planning Officer Gabriela Seara, the commission for the co-ordination and development of the Lisbon and Tejo valley region (CCDR-LVT) gave a negative response to planning permission for the railway to pass over a piece of land now occupied by a former soap factory.

According to the Seara the planning permission was turned down on a plot of land owned by the developer LisMarvila, which belongs to the Obriverca Group and had been initially approved by Lisbon Câmara at a meeting on November 22.

Gabriela Sear stressed that the câmara’s original agreement in no way constituted a green light to the developer, should it attempt to demand compensation from the câmara and that the only agreement to exist had between Refer and LisMarvila.

The city authority also stressed that all processes so far had occurred strictly according to the letter of the law.

The tunnel was closed in October 2004, after structural checks revealed cracks in the superstructure, which meant parts of the tunnel were in danger of collapse.

Refer announced in October 2006, that it had cancelled its contract with the consortium Teixeira Duarte/Epos over a row on spiralling costs estimated at 16 per cent over the initial 49.5 million euro budget.

The work should have been completed by August/ September this year and the original consortium is considering legal action for breach of contract.