Work on the drainage tunnels Lisbon so desperately needs to ensure flooding issues ‘whenever it rains heavily’ are finally sorted will start in March.

Ironically, the decision was taken by Lisbon’s municipal assembly only hours before the Wednesday night downpours which caused untold damages, claimed the life of a bedridden septuagenarian and left up to 100 homeless.

As Lisbon mayor Carlos Moedas admitted on Thursday if the tunnels already existed – even if only one had been constructed by now – “what happened yesterday would not have happened”.

But the massive construction project, costed out at €250 million (but almost certain to end up costing more) will not come ‘without constraints’, he warned.

“Avenida da Liberdade will become a building site”. Lisbon residents will need to have patience and understanding. The death of the elderly woman in Algés on Wednesday will hopefully put the importance of the work into perspective, he said.

The project will involve the construction of two drainage tunnels, each of 5-metres diameter, at two salient high points of the city (Monsanto and Chelas), leading down to the sea at Santa Apolónia and Beato respectively.

Before work can start, tunneling machinery which had to be created especially for this project (H2O Lisboa, see image above) “has still to be put together”, explain reports.

H2O Lisboa is 100 metres long, Observador explained in a detailed text earlier this yaer outlining all the construction work required. The machinery has been created to be able to advance “roughly 10 metres per day” in the tunnels to be excavated – the longest of which between Monsanto and Santa Apolónia will run for 5kms

This is work that has been ‘programmed’ for more than 20 years. Lisbon’s problems with ‘flooding almost whenever it rains heavily’ go back decades (as the following photos show). This week’s situation had almost nothing to do with ‘climate change’, but much more with lack of investment/ planning. 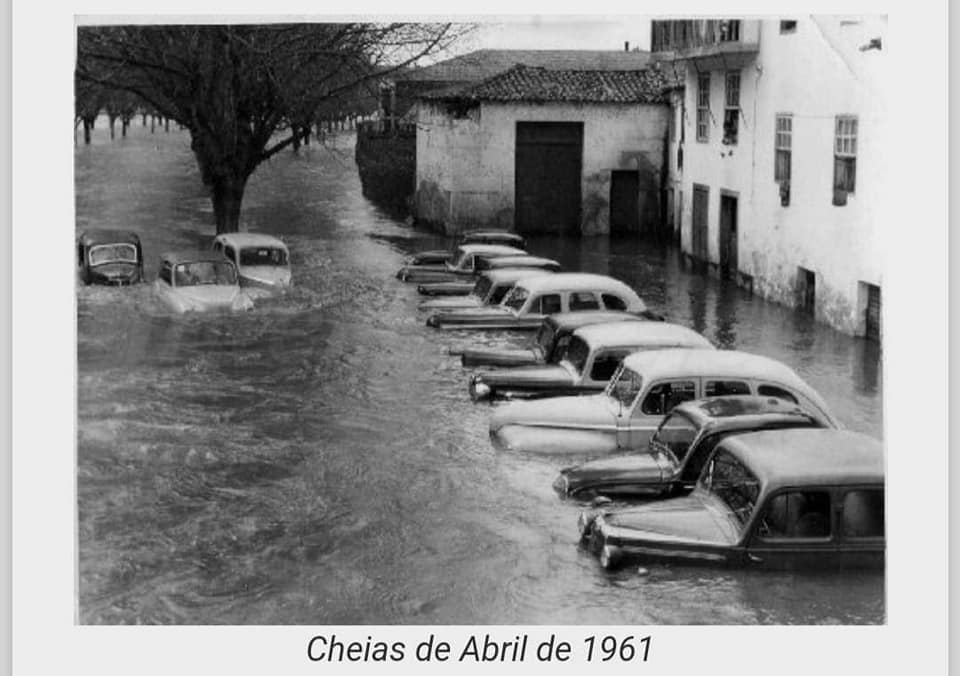 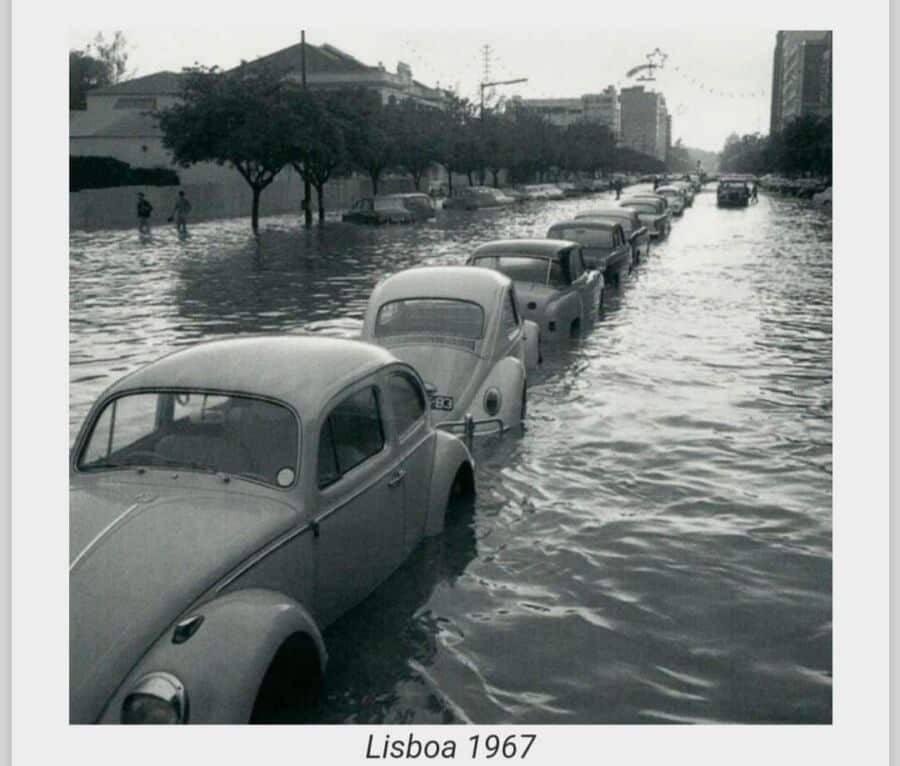 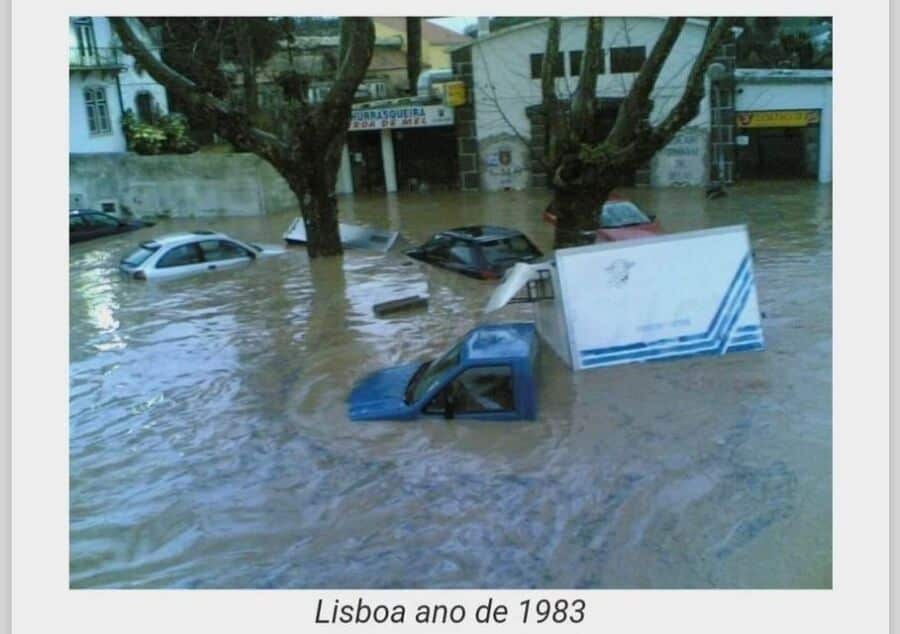 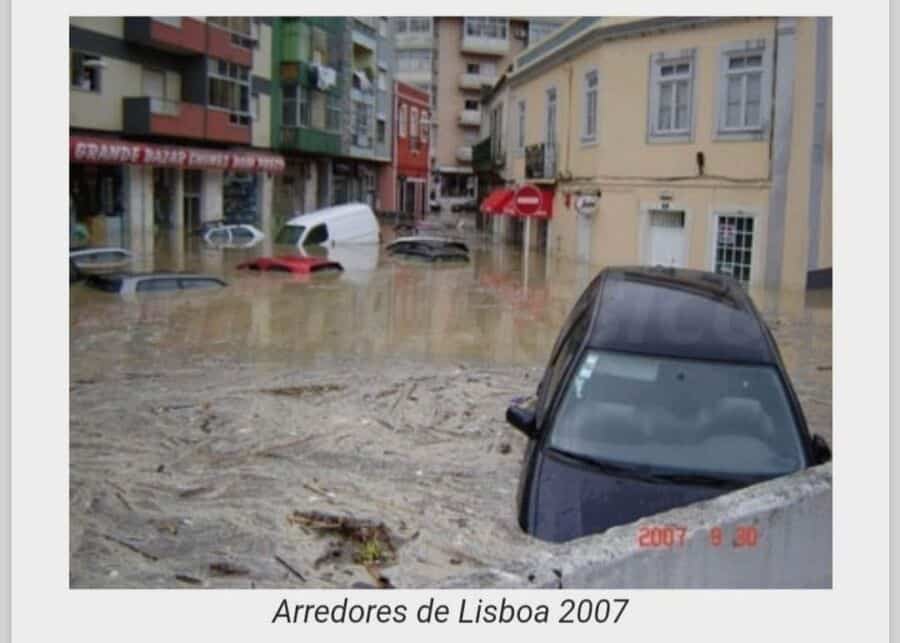 Today, meteorologists at IPMA are described as “more optimistic” about the country’s overall weather picture.

Areas that were under orange warnings last night, are back in the ‘yellow’ category, and rain so desperately needed in rural districts is still forecast well into the weekend.

Meantime, the ‘mop up operation’ in various towns and cities continues – not least Lisbon where businesses have suffered terrible damages just as they were hoping for Christmas trade, and where many already vulnerable people have lost their homes, or seen them engulfed by muddy waters.

Correio da Manhã today carries a comment piece by the paper’s director Carlos Rodrigues that ‘says it all’:

“The tragedy that struck Greater Lisbon is the result of the delays of a poor, uneducated country, made up of people who suffer to find the dignity of living conditions promised by the European dream. Not even the mortal victim of the floods could relax in her own home. She lived in a basement in an urban area largely built below sea level. An area that has been battered countless times over the years by floods similar to those of Wednesday night. A basement in a dangerous place, from which, isolated and sick, she was never able to move because of mobility issues. Portugal likes to compare itself to the global elites. Talking about climate change and stuff like that. In fact it only needs to rain heavily for a couple of hours (as usually happens in autumn or winter) to reveal the abject misery in the nation’s basements”.