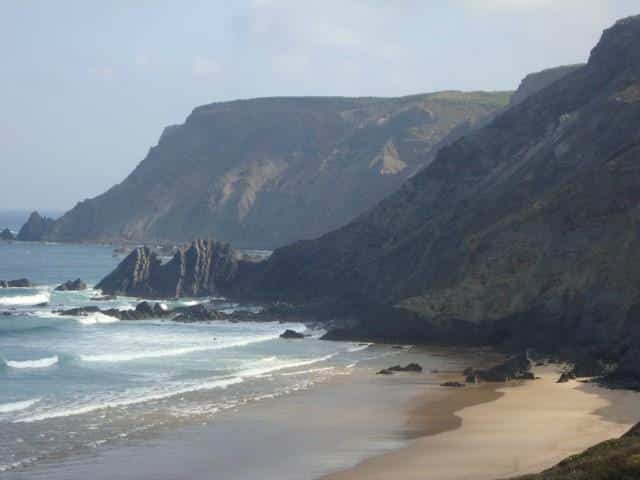 With the mystery of a car seen flying over cliffs near Sagres on New Year’s Eve under investigation, the body of a woman “apparently in her 30s” has been discovered on rocks in an area of coast just over 6 kms away.

The alert was sounded at 3pm today.

Ports captain Conceição Duarte has said the body was in a place of difficult access at the base of a cliff-face near Praia da Ponta Ruiva.

“The circumstances in which death occurred are unknown”, he added, saying the case has now been handed to PJ judicial police.

Whether connected or not, the incident of the car seen plunging from the cliff top above Beliche beach on New Year’s Eve, also involves a woman in her 30s. This is the description given of the person in whose name the car had been rented (click here).

Adding to the puzzle is the fact that only a year ago another young woman’s body was discovered at the base of Beliche cliffs near Sagres (click here).

Bizarrely, beyond the first news stories, there was never any follow-up. Disconcerting also is the fact that in this case, the body was found to be carrying no documentation but the key to a Ford car, the location of which was apparently unknown.

On Friday, media reports were connecting the body of the young woman discovered in Ponte Ruiva beach with the driver of the car that flew over the cliffs further south on New Year’s Eve.

Says Correio da Manhã, “authorities suspect that it is the 27-year-old Spanish woman who has disappeared following the fall of a car near Beliche fortress. The case is being investigated by PJ police but there are no suspicions of crime”.

For now, also, there appears to be no further information on the investigation into the death of the young woman, described only as ‘Asian in appearance’, exactly one year ago.