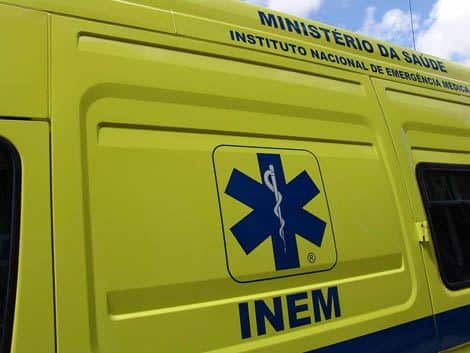 A multibanco raid in Lisbon has led to the death of someone “who had nothing to do with the situation” – a woman simply unfortunate enough to be in a car driving along the ‘Segunda Circular’ at the wrong time.

Who shot the bullet and how this played out is what is now under investigation.

According to reports, police started to give chase after two men ‘raided’ a cash machine in Avenida Bento Gonçalves, in Almada at around four o´clock this morning.

Says Diário de Notícias, the men were making their getaway in a car that was pursued by police across the Ponte 25 de Abril into the capital.

The chase continued all the way to the Relógio roundabout near Lisbon airport, at which point it then took to the Segunda Circular (arterial road), where shots started to be exchanged.

According to tabloid Correio da Manhã, there could have been a moment when police “confused” the car they were chasing.

CM’s report suggests that, in confusing the car, police actually shot at the wrong car – hitting the woman passenger in the neck.

CM’s report is still being updated, while other papers are vague as to how the woman came to be shot “in the crossfire”.

It appears that a barricade was set up at the Relógio roundabout, which the car disobeyed – hence the opening of gunfire.

CMTV reports that there was, in fact, no crossfire. It would have been a PSP bullet that killed the woman, and all because the ‘wrong car’ (a car police confused with that of the multibanco thieves) failed to stop.

According to CMTV, the car failed to stop because the driver “did not have a driving licence”.

All this is now being established with recourse to CCTV images which PJ police are now examining.

Meantime, the thieves appear to have slipped their pursuers, with the multibanco machine still in their possession.

The attack on the machine involved a “huge explosion” which alerted authorities and thus started the tragic car chase.

CMTV reports that eight shots were fired in the chase, all of them by pursuing PSP.

The PSP has since issued a press release in which it explains that the driver of the car believed to be that of the fleeing Multibanco thieves disobeyed orders to stop on two different occasions – at one point driving straight at police agents.