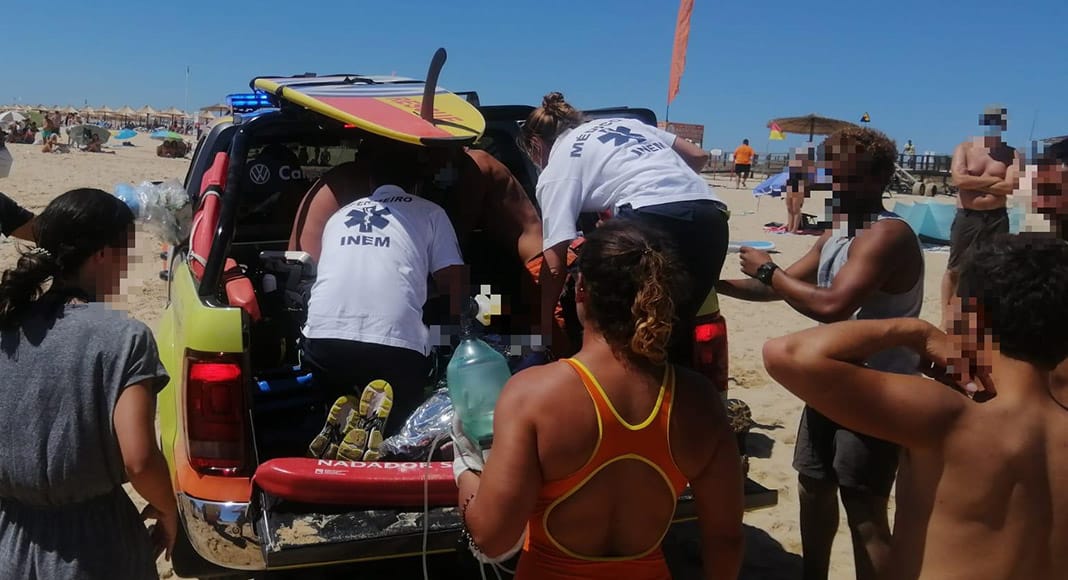 A Portuguese doctor, aged 68, died on Sunday afternoon after being spotted floating in the water at Alvor beach.

Maria José Reis had only recently retired from her post as a GP at the State-run health centre of Algueirão Mem-Martins, in the borough of Sintra.

Explain reports, she was visiting the Algarve to spend time with her daughter.

It’s not clear yet exactly what happened, but as soon as her body was sighted, rescue efforts got underway, involving lifeguards, maritime police, firefighters and an INEM medical team.

Attempts at resuscitation went ahead on the beach but the victim was later declared dead on arrival at hospital.

It was a tragic weekend for drownings. Up near Lisbon, a 13-year-old boy died after diving into the waters of the Tejo river and becoming trapped beneath a cable (click here), and on the west coast of the Algarve, a young German man died after being swept up in a riptide (click here).