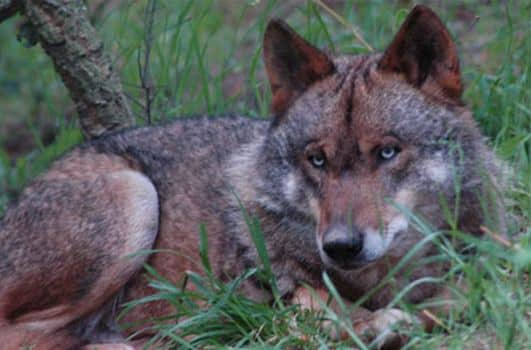 Adding to the fears of country people in areas earmarked for the release of the Iberian Lynx, farmers in Guarda are in the news again this week over the increasing number of attacks by wolves in the area.
“It’s not as if we are against the wolves,” farmer Conceição Teles explained to SIC television news. “It is just that these attacks don’t stop. We need to be compensated for the animals we are losing.”
In a broadcast that went out at the beginning of November, farmers described the threats to sheep, donkeys, calves, pigs and cows.
In some cases, shepherds stay out at night in their cars, just to keep an eye on their animals.
Damages were already running well into the thousands when this week the wolves were reported to have attacked again – on this occasion killing as many as 13 sheep, and injuring five.
As shepherds and farmers interviewed explained, the ICNF (state-run conservation institute) “never pays up what the animals are worth”.
Tears, exhaustion, pressure on the local council – nothing seems to have moved authorities to act.
“We cannot support these kind of damages,” Conceição Teles told SIC.
Tiago Marques Paulo, interviewed by regional newspaper As Beiras, said it took the ICNF “a year and four months” to pay his father just €84 for 16 sheep killed in 2013, when the cost of replacing them came to “well over €2,000”.
“We want protection for our animals,” stressed the farmers.
“We are not angry,” added Teles. “But we are appealing to the authorities to help us”.
The ICNF, which has confirmed the presence of two wolf packs in the area, was once again on the ground assessing damages this week.
Wolves started re-colonising the region last year, as part of an international conservation effort promoted by Life Med-Wolf.
Elsewhere in Portugal, a programme to re-colonise the countryside with the endangered Iberian Lynx is ongoing, with recent announcements that Lynx cubs are soon to be released into the wild over 4,000 hectares of the Guadiana valley.
Again, farmers are the people most likely to be affected.