Portugal Resident
Home Covid-19 “Without social distancing, Covid-19 could cause more than 70,000 deaths in Portugal” 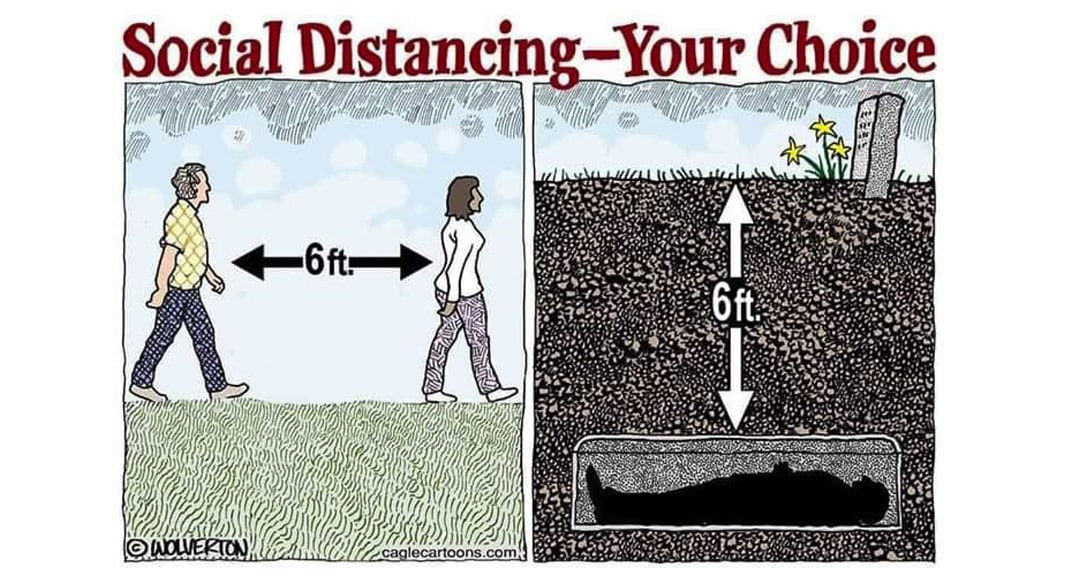 With frightening messages being shared over social media about the follies of not maintaining social distancing, ionline has featured a British study which it says suggests deaths in Portugal could reach 70,000 if people do not respect the authorities’ advice.

The analysis, by researchers at Imperial College, London, is what is said to have prompted the UK government for example to ‘change its advice’ to the country, pulling children finally out of schools and telling everyone to stay at home.

Portugal acted many days in advance and in doing so has definitely saved lives.

This is now being ‘stressed’ by multiple news sources – very possibly as a way of encouraging those who are beginning to feel restless after a week living under the multiple restrictions of a State of Emergency.

Says ionline, in the study the team estimates what would happen if no measures were taken (assuming that each person infected would go on to infect AT LEAST two others).

This outcome reduced by more than half with ‘mitigation measures’, in which social distancing is key.

Good news? Well, yes and no: explains the college’s own website: “Even at this level of reduction, health systems in all countries would be rapidly overwhelmed”.

The bottom line, as everyone is coming to realise, is that “strategies of suppression have to be maintained until a vaccine or effective treatments are available to avoid the risk of further epidemics”.

Says the college: “Our analysis highlights the challenging decisions faced by all governments in the coming weeks and months, but demonstrates the extent to which rapid, decisive and collective action now could save millions of lives.”

Indeed Expresso – carrying analysis by the Covid-19 Barometer, in partnership with the national school of public health and the paper itself – stresses how quickly Portugal acted to ‘shut down’ in the face of this pandemic, compared for example with the United Kingdom, Italy and Spain (all of which are suffering much higher losses in terms of lives).

Suspension of non-essential services happened in Portugal, for example, when only 14 people had died from the virus. In Italy this did not happen before over 1,000 had died.

Schools too were closed here before any deaths were registered. In Spain, this happened only after 84 people had died; in Italy it took 366 deaths before schools closed, in UK 233.

The messages are loud and clear: Portugal is doing comparatively well so far. It is up to each and every one of us to make sure this continues.