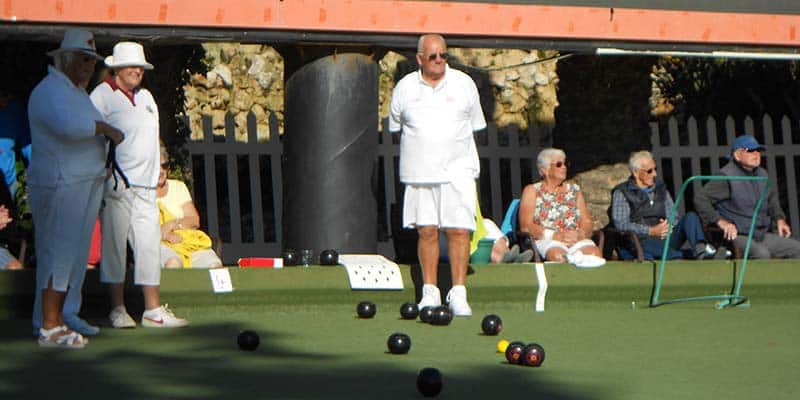 Saturday, January 11 was a lovely crisp, clear morning, if a little cold, for the recommencement of the second half of our Winter League season. A new decade and all the bowlers were ready to play again.

League “A” Table has Albufeira Cats at the top of the Table with 52 points, Floresta Foresters chasing closely behind on 46 points, and Pedras Panthers in third place on 36 points.

League “B” Table has Valverde Vulcans at the top with 44 points, followed by Floresta Huntsman with 34 points, and in third place Valverde Vipers on 32 points.
The Inter-Club Championship matches are progressing well, and the Super 10’s competition begins again for their second half on Thursday, January 16.

A new competition is being introduced later in January; this is an Australian Pairs contest. This does not mean we have to play upside down; it is a Lead and Skip playing in alternate positions at each end. This promises to be a fun, different competition.