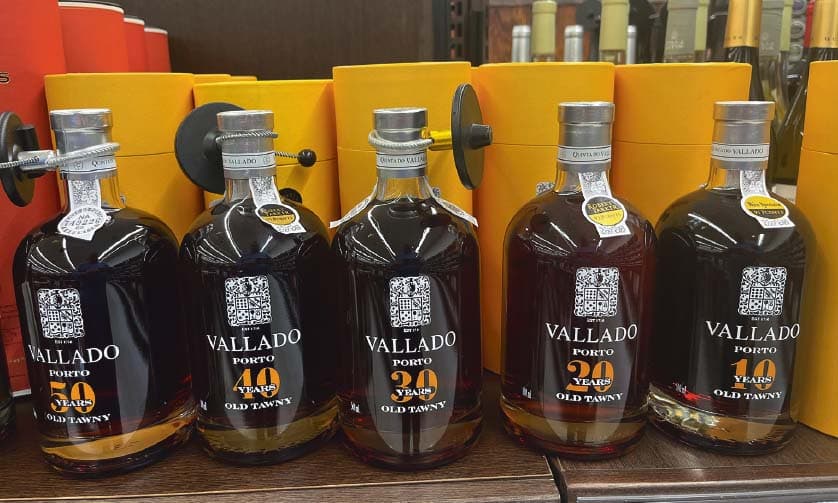 One of the great things for us wine lovers about spending Christmas in Portugal is the great selection of Port wines we have so readily available.

Most supermarkets have at least a reasonable selection of Ruby, Tawny and LBV (Late Bottled Vintage) Ports, but good wine shops such as Garrafeira Soares and, of course, Apolónia supermarkets have somewhat mind-boggling selections.

At Apolónia, there are literally hundreds of different Ports to choose from, starting at under €10 for a basic Ruby up to many hundreds of euros per bottle for some of the better vintages.

But to keep things sensible and within a price range that should work for most Christmas Day cheeseboards, Vintage Ports are being excluded from this article.
Let’s start with LBVs; in fact, a good LBV is probably the next best thing to a Vintage when thinking of pairing with strong cheeses such as Stilton or some of Portugal’s offerings such as a nice buttery Serra or Azeitão.

A couple of weeks ago, one of the UK’s leading wine writers, Jancis Robinson, wrote about fortified wines for Christmas in her FT Weekend column and Portugal got a good showing. The LBV she singled out was Quinta do Noval 2016, but I suppose she was limited to what is readily available in the UK. 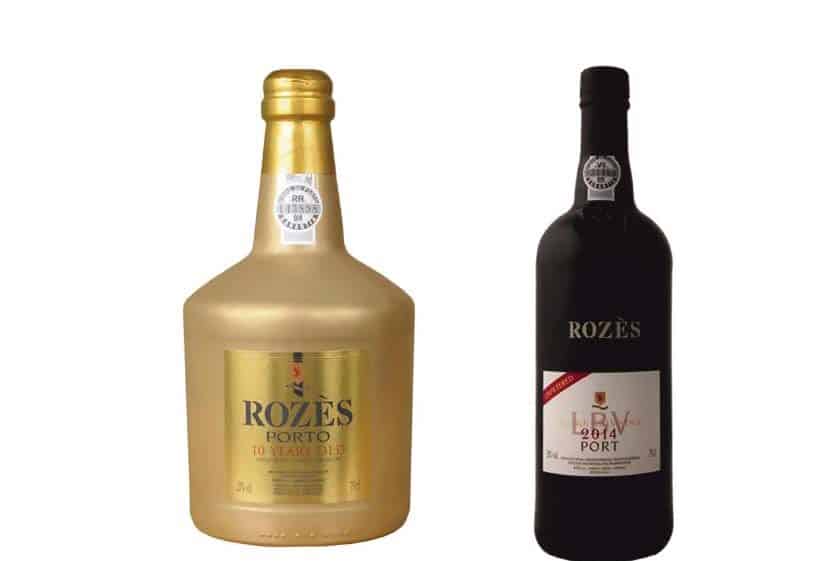 By coincidence, I had a bottle of this at home and found it rather disappointing. In fact, Jancis even said that when she tried it last year, she thought it was still a bit too young but should be ready by now. Well, at around €22, it is a decent LBV, but it does not come even close in terms of overall quality to the LBV pictured here from Rozès (LBV 2014), costing €19.95 at Apolónia.

If I were to be getting in just one Port wine for Christmas this year, and wanted to spend around €20, this would be my Port of choice. It is seducingly fruity on the nose, rich and deeply flavoured, with a long and lush finish.

Rozès is part of the Vranken Pommery Monopole group of Champagne fame and anything that bears their label is of exceptional quality. Moving up into a higher price range, the 10-year-old Rozès Tawny in the natty gold bottle is something very special.

It does not tend to fly off the shelves for the simple reason that it costs more than the 20-year-old Tawnies from many respected producers such as Graham’s or Taylor’s, but the fact is, the 10-year-old from Rozès is better.

On the nose, this wine has the nutty and caramel notes that you would expect from a far older Tawny, but it is also beautifully fresh in the mouth, especially when served slightly chilled.

Personally, I prefer a good LBV with cheese as I see Tawnies as more of a pudding wine. But if you prefer something a little sweeter, then a Tawny is the way to go. There are various other 10-year-old Tawnies priced at around €20 that are also excellent, such as Vallado, costing €21.95 at Apolónia. 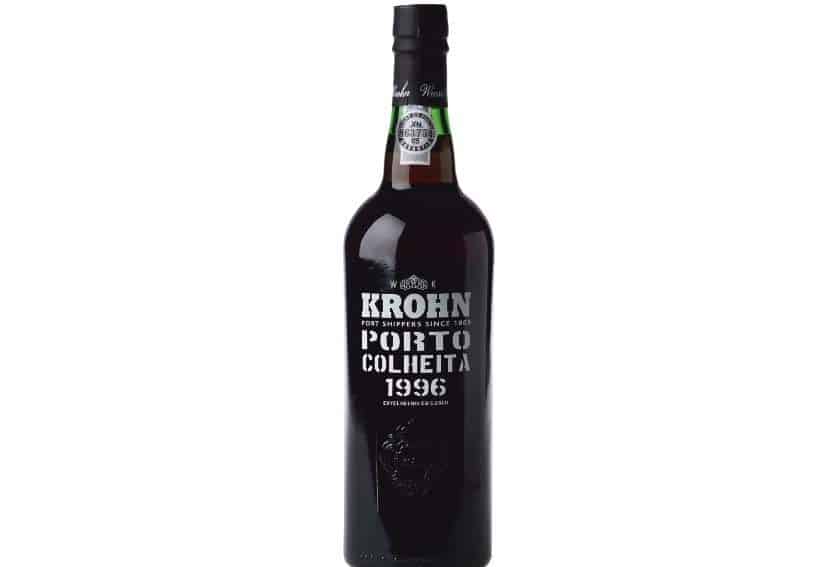 In a similar style to Tawny Port, we also have the “Colheita” classification. These are dated to a specific vintage, which is not usually a declared vintage year, but they can be very good. The best selection of Colheita (meaning Harvest) Ports that I have seen is at the Garrafeira Soares shops, which are usually in touristy locations, and these dated Ports are a hit with tourists. And it is not difficult to find a dated Colheita that corresponds to the birth year of a friend or relative, without having to break the bank for Vintage Port.

The issue here is that these Ports are not designed for aging and will not improve in the bottle, so when bottled, they are ready for drinking. I recently picked up a 1996 Colheita from Krohn, costing €69 at Garrafeira Soares. The year is relevant to me as my daughter was born in 1996 and I wanted to enjoy it with her earlier this year on her birthday.

The most important thing to look out for on Colheita Ports is the date of bottling, which has to be included by law, usually found on the back label. This 1996 vintage had been bottled in 2010, meaning that it had spent 14 years ageing in oak. It was good, rich and nutty on the nose but a little subdued on the palate.

The fact is, with Port wine, you don’t necessarily get what you pay for and, with so much out there to choose from, it is all too easy to end up paying more than you need to.

Honorary mention
A worthy alternative to Port from the Alentejo 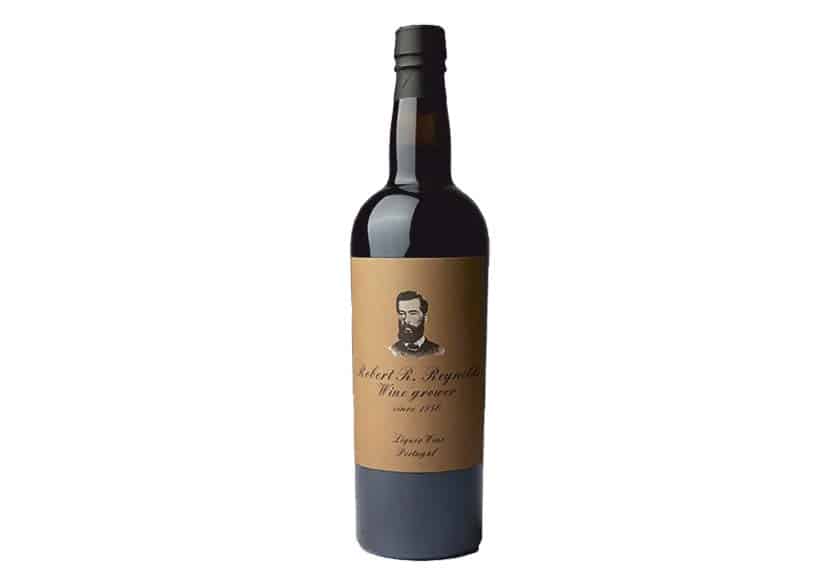 This leads me to an honorary mention of a fortified wine I wrote about earlier this year that is not a Port but can give many a Port in the same price range a run for its money.

The wine is Robert R. Reynolds, made in the northern Alentejo by Julian Reynolds from the red fleshed and dark-skinned Alicante Bouschet grape (€44.95 at Apolónia).

It was made from the 2008 Vintage and spent many years in oak before bottle-ageing and release. There are exotic notes of spices on the nose reminding us of a fine old Tawny Port, but the black berry notes, texture and body in the mouth are more in the style of Vintage Port.

And finally, a note on cheese … 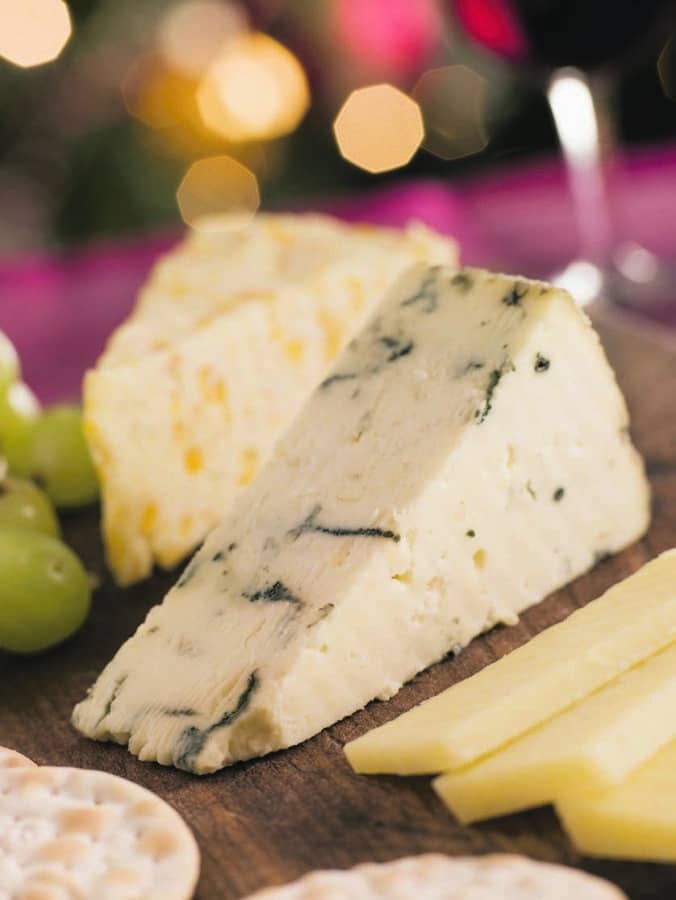 Apolónia has a great selection of cheeses including a good English Stilton and others from France, Spain, Italy, Switzerland, Portugal and elsewhere.

A new arrival this year, probably introduced with our growing American expat community in mind, is Rogue River Blue Bio.

But beware, this Californian cheese that comes wrapped in a vine leaf is, by a long way, the most expensive cheese they have. It did, however, win some very important award as one of the best cheeses in the world, so without looking at the price, I took a small slice home to try.

This is a great blue cheese for those who may find Stilton a bit too strong, still full of flavour but with a creamier texture and milder on the nose. But at €124 per kilo, I think I will be sticking to my Stilton.