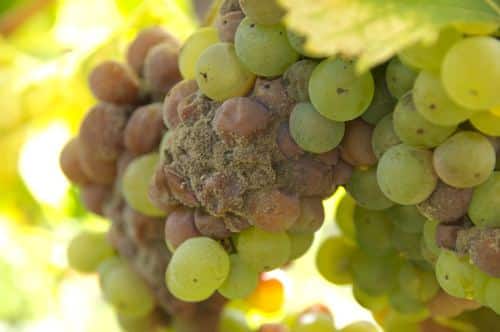 Decrease || Wine production in Portugal is expected to drop 5.7% this year compared to 2013 as many vineyards have been affected by mildew and other fungi, says the Portuguese Institute of Vines and Wine (IVV).
Terras do Dão is the most affected wine region, according to IVV, and may see its production levels drop around 25%.
Production in Trás-os-Montes may decrease a considerable 15%, while in Madeira, Minho, Douro, Porto, Beira Atlântico and Terras da Beira production is expected to fall around 10%. Tejo and Lisbon are also expected to see their production rate drop around 5%.
The Algarve, however, is one of the few regions likely to buck the trend and registering a 10% to 20% increase in wine production, according to the institute’s predictions. The Setúbal peninsula, the Azores and Terras de Cister are other wine regions that may register higher production levels compared to last year due to “favourable weather conditions and good development of grapevines”.
According to the IVV, these regions were not affected by mildew and oidium – fungi that can develop on plants -, which have hit many of the country’s vineyards due to “unfavourable weather conditions”.