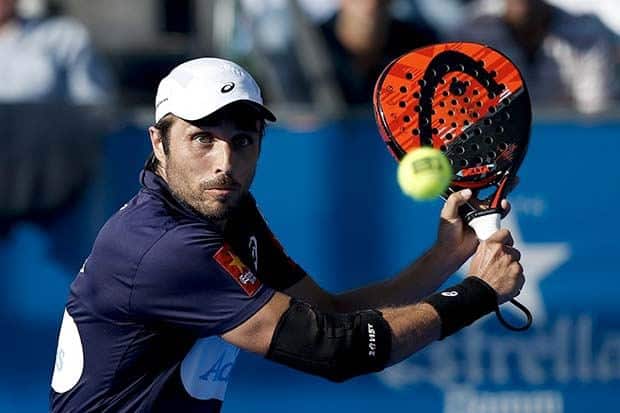 The best Padel players in the world will be coming to Vale do Lobo next month for the fourth edition of the Padel Nations Cup, one of the top summer sports events in the Algarve involving players from the top four nations of the world.
The event is taking place on Thursday, August 2 and Friday, August 3 at Vale do Lobo’s Tennis Academy.

Fernando Belasteguin (Argentina) and Pablo Lima (Brazil), the Portugal Masters titleholders, return to the Algarve alongside Godo Diaz (Argentina) and Gervásio del Bono (Brazil). Spain will be represented by Aday Santana and Juan Martin Diaz, while the national colours of Portugal will be defended by Miguel Oliveira, the world vice-champion, and Vasco Pascoal.

The scheduled matches and programme of the Padel Nations Cup promises to provide spectators with games filled with drama and excitement, beginning with Portugal facing Brazil on August 2.

This match will see Brazilian Gervásio del Bono, who is also the current Padel coach for Portugal, teaming with the world number one, Pablo Lima. They will be taking on Miguel Oliveira, who recently achieved the best ever result of a Portuguese player in the World Padel Tour after reaching the semi-finals in Cabrera del Mar, who will be playing alongside Portugal number three Vasco Pascoal in this very challenging match.

The first day is completed with a match between Argentina, being represented by Belasteguin and Godo Diaz, the winner of the Lisbon Challenger 2017, against Martin Diaz and Aday Santana of Spain.
The tournament concludes on August 3 with the grand final and the battle for third and fourth places.

The Resident, in association with Vale do Lobo, is giving a lucky reader the chance to win a pair of tickets for both days of action. Simply answer the question below:

Email your answer to competitions@algarveresident.com entering the words “Padel Nations Cup” in the subject box. Include your full name and the name of the person who will be attending with you, your address and a contact phone number.

All valid entries will be placed into a prize draw with the first selected with the correct answer winning the prize.

The closing date for the competition is Tuesday, July 31 2018 at 5pm. The winner will be notified by telephone. Normal Algarve Resident rules apply.