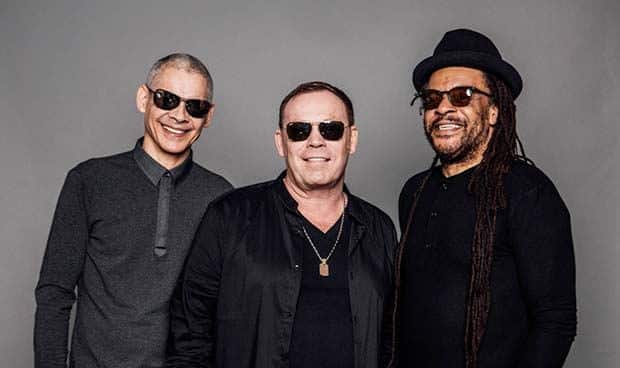 British reggae legends UB40 will be the guest performers at the Pine Cliffs Summer Gala on Saturday, August 5 at the Albufeira resort.

The band, which boasts an impressive repertoire and has four Grammy nominations, is one of the world’s best selling music acts of all time, having sold over 70 million records worldwide.

‘Red Red Wine’, ‘Can’t Help Falling in Love’ and ‘I Got You Babe’ are just some of the most popular hits the band is known for.

“We always try to surprise those who visit us by bringing renowned artists to the gala,” said Thomas Schoen, General Manager at Pine Cliffs Resort.

“This year is a special occasion as we celebrate the resort’s 25th anniversary, so we wanted a band that would in some way associate themselves to the image of this resort. With their solid and successful career, and vibrant musical style admired by several generations, UB40 are just perfect,” he said.

The concert begins at 10.30pm, but the party starts earlier at 7.30pm with a cocktail party followed by dinner.

Tickets can be purchased at Fnac stores (or www.fnac.pt) or at Pine Cliffs Resort (or www.summergala.pinecliffs.com)

Bookings can also be made via telephone 289 500 360, Monday to Friday between 9am and 6pm, or via email summergala@pinecliffs.com

The Algarve Resident, in association with Pine Cliffs, is giving readers a chance to win two pairs of tickets for the concert. Simply answer the following question:

How many times have UB40 been nominated for the Grammy Award for Best Reggae Album?
A) Three
B) Four
C) Five

Email your answer to competitions@algarveresident.com entering the words “UB40 concert” in the subject box. Include your full name and the name of the person who will be attending with you, your address and a contact phone number. All valid entries will be placed into a prize draw with the first selected with the correct answer winning the prize. The closing date for the competition is Monday, July 31 at noon. The winner will be notified by telephone. Normal Algarve Resident rules apply.