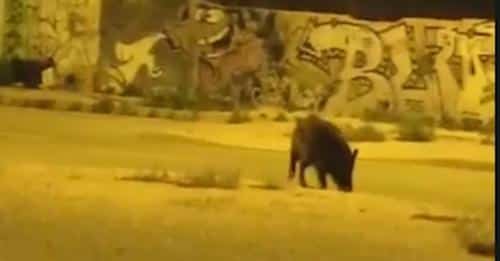 A wild boar, first sighted in the bar district of downtown Olhão in the early hours of Good Friday morning, ended up being shot by police for “showing aggressive behaviour”.

The animal is understood to have been roaming the streets in the direction of the market where, according to reports, there were still a lot of people.

Police tried to dissuade the wild pig from its chosen path, at which point it apparently charged at them.

“Agents did not have another option”, wrote tabloid Correio da Manhã.

They let off four shots (other news sources say three), killing the boar.

So far it has been a fairly ‘animal-tragic’ Easter: with a sperm whale washing up on a beach in Amadora, which has also since died.