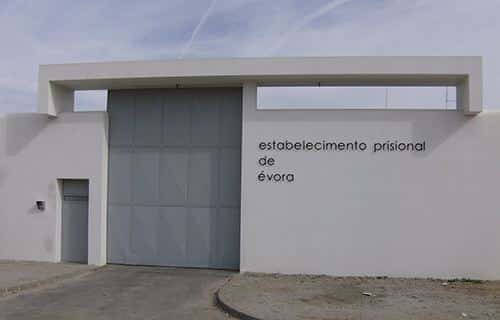 As shockwaves reverberate through the corridors of power, the big question is – has the former prime minister whose political nickname is “the wild beast” finally been cornered?
On his way to Évora jail late on Monday night, “strongly implicated” in ‘Operation Marquês’ for crimes of tax evasion, money-laundering and corruption on a massive scale, José Sócrates was aware that he had very possibly met his match. Super-judge Carlos Alexandre – a prosecutor described as “a judge without fear” – has been doggedly on his case for years. Investigations led by him into scandals like Face Oculta, Freeport, Monte Branco and Portucale have all thrown up Sócrates’ name – but until now, the former Socialist leader has evaded the humiliation of conviction.
While fellow “wild beasts” bellow over the “injustice of his detention”, and the folly of the media circus surrounding this week’s extraordinary events, political scientist José Adelino Maltez has warned that this particular beast is “unlikely to give up without a fight”.
The 57-year-old political maverick is almost certain to appeal against the decision to hold him in preventive custody. His lawyer João Lisboeta Araújo intimated as much as he faced the posse of journalists camped outside the central court of criminal instruction on Monday night, as Sócrates was on his way to a 4.5 x 2 metre cell in which he is due to spend the bulk of everyday reading philosophy books delivered by his ex-wife.
But neither Araújo nor the now caged “wild beast” will be under any illusions. Alexandre, dubbed the “Mourinho of the Justice system”, is an extraordinary man with a “prodigious memory”. Expresso reports that he has an “unusual capacity for associating facts in different judicial processes – particularly when it comes to complex cases that directly involve the political parties in power”.
He has also “shown he will not be intimidated by power”, writes Observador news website. Friends talking to Rádio Renascença have described his dedication to cases during which he has seen his wife run-over (on purpose?) and a pistol left in his home pointing to photographs of his children.
According to Diário de Notícias, Alexandre has already started joining dots that link Sócrates to disgraced banker Ricardo Salgado (who the super-judge has on €3 million bail over the BES corruption investigation) as well as to one of the defendants in the Golden Visa investigation.
Jaime Couto Alves, described as one of the most important defendants in the visa probe, is understood to have been caught in a tapped phone conversation with Sócrates, discussing the possible issuing of golden visas to Libyans.
Indeed, Alexandre was just days out of the interrogation of Golden Visa defendants when Sócrates walked into the hands of the authorities in front of the nation’s news cameras on Friday.
The “Mourinho” of the justice system is now faced with a veritable “Champions League” of intertwining cases as media here and abroad analyse the latest unprecedented turn of events in a country in which political scandals seem to take place by the week.

Sócrates’ detention – right from the moment he stepped off the Air France plane at Lisbon airport on Friday night – was unprecedented. Never before in the history of Portuguese democracy has a former government leader been detained in jail on the orders of a judge for crimes of corruption, qualified fiscal fraud and money-laundering.
Political commentators agree: this would never have happened under previous justice systems.
Indeed, what makes this story even more extraordinary is the fact that Sócrates is reported to have had lunch with the former attorney general only days before he was taken into police custody.
Pinto Monteiro told reporters that all the pair discussed was “books and (Sócrates’) trips abroad” – but he took the opportunity to criticise the “political capital” being made from the former PM’s detention and declared, in reply to journalists’ questions on how many cases had been linked to Sócrates in the past, that “the Freeport case was all invented.”
Ultimately, Freeport could be considered one of super-judge Alexandre’s few “failures” – inasmuch as those implicated for bribery and collusion, including José Sócrates, were found to be blameless.
The case was archived in 2012 just before Pinto Monteiro left his post as Attorney General.

Pinto Monteiro is not the only heavyweight who has come out in support of the former prime minister. As the country’s acting politicians seem frozen like rabbits in full-beam headlights – almost none of them prepared to speak on the ramifications of Operation Marquês – establishment figureheads like former president of the republic Mário Soares and outgoing long-term president of Madeira’s regional government Alberto João Jardim have been scathing over the way Sócrates has been treated. Both have severely criticised the media razzmatazz, with Jardim suggesting it could be a “violation of Human Rights”.

While the nation’s papers positively bulge with details on Operation Marquês – delighting in snippets of how Sócrates is being held in a female wing with a dodgy shower – commentators have been calculating the length of likely jail terms if any of the defendants are found guilty.
Sócrates faces accusations along with three others over bribes and kickbacks for business and favours going back well over a decade. Co-suspects are childhood friend and businessman Carlos Santos Silva, personal driver João Perna and Silva’s lawyer Guilherme Ferreira – but only Sócrates and Silva are implicated in the combined crimes of qualified fiscal fraud, money-laundering and corruption.
According to Correio da Manhã, these crimes carry up to 16 years in jail.
CM has been daily leading on stories suggesting that Sócrates is alleged to have had as much as €25 million in offshore and Swiss bank accounts, and led a luxury lifestyle protected by Silva and Perna, not to mention others, who fielded the money for him so that no connections could be made by the authorities.
As the head of the lawyers’ association Elina Fraga warned in Diário de Notícias, “today we all know the details of what has been discovered but no one knows the explanations put forward by the defence”.
The “collective hysteria” surrounding the case and the “leak of information” are seriously compromising Portugal’s “secrecy of Justice”, she said.
“Today it is José Sócrates. Tomorrow it could be Pedro Passos Coelho. If we want a State of Law, we cannot be the first to stone people in the street.”
This is very possibly why the silence from party leaders has been deafening.
As CM columnist Armando Esteves Pereira pointed out on Tuesday, “no one believes Sócrates will be the only suspect of corruption in this Republic. There are more”.
And as the week’s events have shown, super-judge Carlos Alexandre would appear to be on to them.
By NATASHA DONN news@algarveresident.com