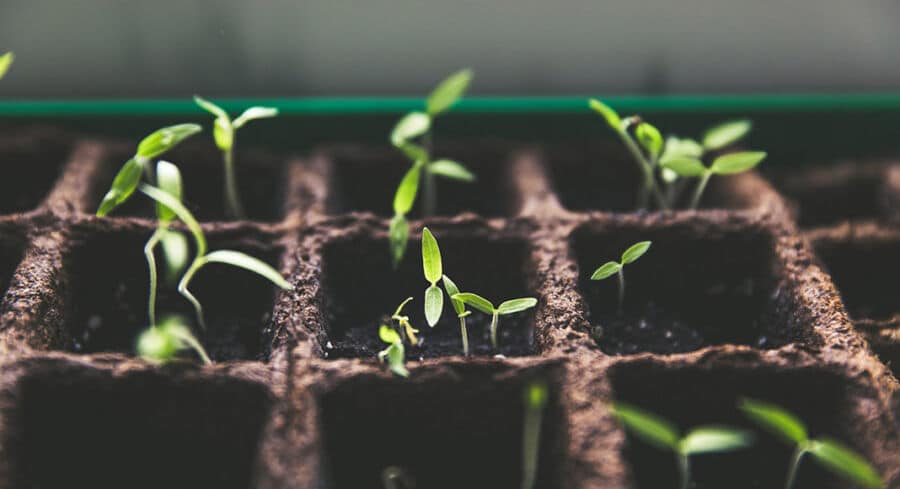 Home bias is a concept long known to football fans, who have long been convinced that referees favour clubs playing at home, especially when they are supervising games involving rich and famous teams like Benfica and Manchester United playing in front of a large, fervent crowd of their own supporters. The Guardian newspaper in the UK even conducted a study in 2007 which found evidence to support the theory.

But home bias also exists in the world of investment where it refers to the tendency of investors to hold a disproportionate share of domestic assets in their portfolio. In some ways, a focus on domestic stocks makes sense. Investors are simply more comfortable holding equities or bonds in companies that they are familiar with. It also means that they aren’t affected by movements in currencies or hit by a sudden political or economic crisis in a foreign country, of which they know little.

The danger of putting your eggs in one basket
But home bias also carries significant risk for investors. For one thing, they are already likely to have a large proportion of their assets invested in their own country, for example, their home and pension. Owning foreign equities, bonds or another investment may offer protection against the risk that an economic and/or financial market downturn may occur that is specific and limited to your home country and unlikely to significantly affect financial markets of other countries.

In addition, focusing simply on investments in your homeland may mean you are missing out on much greater potential opportunities available elsewhere. If you are based in Portugal, for example, and had limited your investments in the Portuguese stock market over the past 20 years or so, you would have little to show for your efforts. The PSI-20 Index, which tracks the 20 largest Portuguese stocks by market capitalisation, has fallen from 11,960.51 at the beginning of the century to 4,898.36 at the end of last year.

So, it would have made more sense to widen your horizons and invest in a fund tracking a European index. The MSCI (excluding the UK) index of European stocks does just that and its performance has been much healthier than the PSI-20, rising from 6297.5 at the beginning of 2000 to close at 6407.46 at the end of last year.

Even so that isn’t much of a capital gain, although your overall return would have been boosted by income from dividends, regular payments of profit made to investors who own a company’s stock.

European equities have fared poorly over the past 20 years for a number of reasons, including the fact that Europe tends to be home to rather dull companies that plod along rather than racing ahead in terms of generating profits growth, which is the key driver of stock price performance.

Take a look at the top 10 holdings in the MSCI (excluding the UK) index of European stocks. It is full of consumer staples companies, pharmaceutical giants as well as energy and luxury goods companies. But you won’t find the European equivalent of Apple, Google, Tesla and Amazon because Europe isn’t that good at technological innovation. The fast-growing companies that are likely to dominate the next industrial revolution and tomorrow’s economy just aren’t to be found in Europe.

The same is true if you are invested in UK companies. Energy and mining companies and banks dominate the FTSE 100 index, while UK investors have also had a tough time over the last few years, reflecting long lasting Brexit negotiations and dividend cancellations in 2020.

Moreover, and although economic growth is far from being the most significant driver of share prices, Europe and the UK have experienced sclerotic growth for many years, and there is little prospect that this is going to change anytime soon. During the 20 years to 2019, the eurozone grew by around 1.6% per annum, and the UK averaged 1.8% growth compared to an average 2.5% growth in the USA. That may seem a small margin over a year, but when compounded over 20 years, it opens up a significant gap in the relative size of economies. But then compare the eurozone’s sluggish growth record to the fast-growing emerging economies and the difference is alarming. China’s economy grew by an average of 9.1% over the past 20 years.

Go East for growth
So, surely it makes sense to invest now in the economies that are likely to dominate tomorrow’s world. The US will remain a powerhouse even as it slips down the global rankings, and its technological lead in some areas will doubtlessly continue for many years to come. But the emerging economies of Asia are also home to a rapidly-growing technology sector. Indeed, China may already be ahead of the US in areas from artificial intelligence and the life sciences to 5G and quantum computing. That’s partly because no country has more data – and more access to that data – than the mainland.

Moreover, it is not just Asian technology companies that are likely to generate good returns over the next 20 or 30 years. Countries like Indonesia are home to rapidly-growing middle classes that are likely to fuel sales and profits growth at a huge range of companies supplying financial services, consumer products, leisure and travel services etc. So, the message is clear. Don’t just rely on your home market but look further afield if you want to maximise your investment returns. 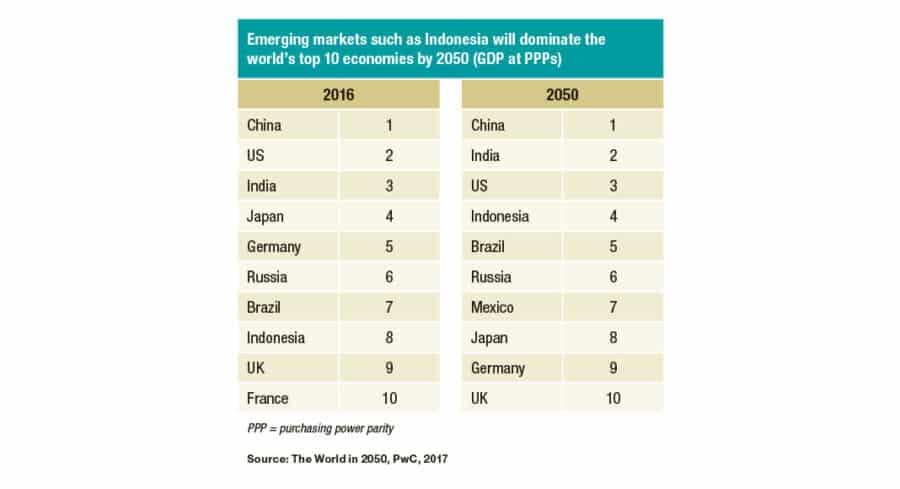