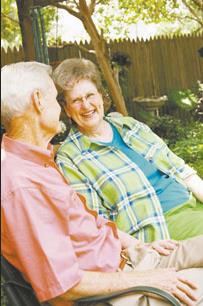 Dr Thomas Kaiser is the Medical Director of the Vale do Lobo Medical Centre and is a specialist in traditional General Practice for the whole family, state of the art aesthetic and cosmetic medicine.

I WAS three years old when I decided that I would not become a train driver but a doctor.

I had learnt that in the developed parts of the world, like Europe and America, women outlive their male counterparts by about six years on average. This figure astounded me and I was keen and determined to find out why this inequality occurred and what men could learn from women to be able to catch up.

What I am going to present to you today is, if you like, what I have learnt from my patients over the last 40 years.

The average life expectancy today is 75 years for men and 81 years for women. These figures vary very little between countries of the European Union, the US and Canada.

There are several reasons, which are well documented and proven, that give women a survival advantage.

1. Women know more about their bodies and health issues.

2. Women do use preventative health programmes more than men. forty per cent of women go to well women clinics compared with only 10 per cent of men.

4. Men are brought up to be ‘Indians that feel no pain’, while it is still more accepted in society for women to show pain and suffering.

5. Men ‘suffer’ from the negative effects of a surge of testosterone, the main male sex hormone. Men between 16 and 40 tend to engage in more dangerous activities.

7. Women have healthier coping strategies for stress and anger. That is because ‘compromise and negotiation’ are more in their psychological make -up.

8. Women probably also have a genetic survival advantage, because they are important for the upbringing of their offspring and hence for the survival of their race.

The most common causes for death in males between 14 and 40 are accidents and suicides.

Every year tens of thousands of young men die on the roads in Europe. A lot of these accidents happen under the influence of alcohol and drugs. Unfortunately, 90 per cent of these are caused by men.

These accidents are so predictable and often follow the same pattern, where a young inexperienced driver is going too fast. Worse if it is in the middle of the night under the influence of alcohol after a long night out.

I would dare to question the new policy to make drivers over the age of 50 renew their driving licence as it has become a rule now in Portugal.

The 50+group tend to be particularly safe and careful drivers. The group that is at risk and poses a risk is the group between 18 and 40 and money and effort should be spent there to avoid death and suffering.

Suicides are almost as common as accidents in this age group for men.

Ninety per cent of suicides happen during an episode of mental illness. These are mostly schizophrenia and depression.

Fascinating, and also worrying, is that depression is diagnosed three times more in women than in men.

It takes little to realise that depression is much more common than it is diagnosed and treated.

Men seem to ignore their depression and deal with it in a different way. These figures are so alarming that the US institute of mental health has started a campaign of awareness for depression in men. Have a look under ‘real man, real depression’. The WHO predicts that by 2020, depression will be the most common illness.

Before effective treatment can begin, the diagnosis has to be established.

Here are the symptoms of depression:-

Hopelessness and no joy, no pleasure, no interest

Thoughts of self harm

Do not get me wrong, I do not want you to become a psychiatrist and diagnose depression, but if you have a friend or relative with the above symptoms, you could help by organising help.

The mortality figures after the age of 40

The most common causes of death for men over 40 are heart attacks, strokes, cancer of the prostate, colon and lungs.

Women hardly ever have heart attacks before the menopause. Great killers here are cancer of the breast and colon.

Smoking seems to be the great equalizer – the life expectancy in male and female smokers do not differ.

I can hear some of you say that men live shorter due to the influence of women on us poor men.

The opposite is true. Married men and men in stable relationships with families tend to outlive their male single and free counterparts by far. I think we benefit from the positive health behaviour of our female partners and the responsibility for a family seems to give us better health.