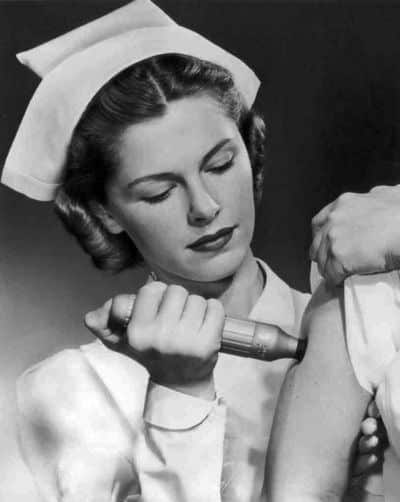 When you reach a certain age (and who knows when that is) it isn’t always easy to come to terms with the person you were and the person you have become.

The sharp witted teenager who could resolve the problems of the world in an instant, prepared to argue their viewpoint endlessly, has most probably become someone more placidly accepting the fact that history continues to repeat itself, and we learn very little from the past mistakes of others and have to make them for ourselves.

The ease with which we would apply ourselves to learning a new task in our younger years has in many cases turned into a daily challenge, and is approached with suspicion and great caution; after all, who wants to look like a complete idiot in front of a seven-year-old grandchild merrily showing you his expertise on the touch screen of his tablet, whilst you haven’t yet figured out how to set the date and time on your five-year-old mobile.

Having spent almost all of the adult years of my life in the Algarve, if I flash back over them, the amount of changes that I and the local populous have had to adapt to is quite impressive.

Some of the seemingly most basic things were hard to come by when I first arrived in 1964. Water and electricity were available in cities and towns, although it could often be switched off for hours, even days. Rarely did you find it in villages or in the countryside. I lived with a generator and bore hole for many years.

From houses built with adobe bricks and men and women with stunted growth through malnutrition, eking a living out of the toil of their manual labour, I have watched villages grow into towns and cities, with towering blocks of modern flats, housing healthier and much taller generations of citizens, prosperous in a way that their ancestors could never even have dreamed of, even if they feel a bit hard done by at the moment.

I remember well the one room, one teacher schools that educated all the local children for their obligatory four years of study before going back to work for their parents on the land. Now they can study a full 12 years plus university in modern purpose built halls of knowledge, with all the extra curricula that were not available to even many of their parents let alone grandparents.

In 1964, there was one proper hospital near the garden in the old part of Faro, and two other establishments with beds and some basic facilities in Albufeira and Lagos. Anyone used to the hospitals available in Britain would have been horrified at the sights and sounds within.

If you saw your local GP and he prescribed a course of injections, there was no handy health centre with nurses and disposable syringes, instead you knocked on the door of some local lady who kept her metal syringe in the hallway (which she had hopefully sterilised with boiling water), where you would expose your anatomy, get a quick swab with alcohol, watch as she filled the needle and squirted it into the air before slapping your buttocks a few times and then plunging it in to dispense the required medication. You paid your few escudos and left.

When my son broke his elbow, I had to take him by train to Lisbon to have it set as there were no orthopaedic surgeons in the Algarve at the time. Most specialists came to the Algarve once a month to see patients. The Algarve wasn’t considered worthy of their skills for full time work.

Knowing the state of the facilities in the hospitals I can’t say I blame them, but I will say they were good. I had occasion to see doctors both here and in Lisbon on several occasions and they were highly trained, as most had studied in other parts of the world bringing back often very new and modern treatments. Thankfully we now have better doctors and modern hospitals here in the Algarve (which I unfortunately have had considerable experience of lately) and whenever necessary, Lisbon is just a three hour journey, and not the six hour train journey it used to be.

I’m glad I have had the good fortune to experience both the old times and the new, as without doubt it gives me a greater understanding of the rapidity within which the people here have had to learn, not just a new set of skills but a whole new mind-set.

I accept some of the old ways that still exist because it makes me appreciate the other modern miracles that occur every day.

Imagine…I decided last week to order a steam cleaner for my floors with detachable hand held accessory for furniture. Amazon popped up with just such an item with its daily suggestions for me to buy. It was just what I wanted at the right price – I ordered, paid with my plastic and the very next day it arrived. Magic! I can’t get a letter that fast.

Jenny Grainer arrived in the Algarve to live, work and raise a family in 1964.

She is a freelance writer and her book ‘Portugal and the Algarve Now and Then’ has sold more than 2,000 copies.