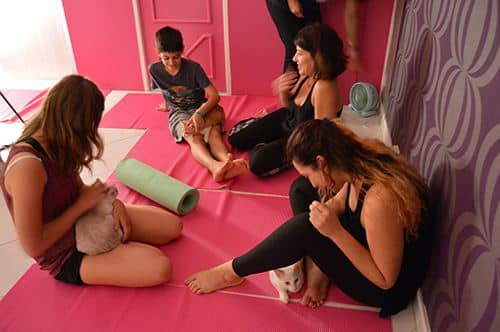 Missing schoolgirl April Jones has not been seen since Monday (October 1) evening as she played on her bike with friends near her home on a Machynlleth estate in Powys, Wales, around 7pm.

It is believed by police that the five-year-old was playing just yards from her front door when she was enticed into a van and seen to be driven off.

The seven-year-old friend that she was playing with has been spoken to by specially trained officers, and told them that apparently April got into the car “willingly”.

April’s disappearance has triggered the first nationwide child rescue alert in the UK, and has seen the entire Machynlleth community, a team of the missing, abducted and kidnapped unit of Ceop (Child exploitation and online protection), the Dyfed-Powys police and police forces from across the country, out 24-hours a day, combing the area in search of the young girl.

On Wednesday morning (at the time the Algarve Resident went to press), Superintendent Ian John of Dyfed Powys Police said: “I’m afraid to say I don’t have any news on April’s whereabouts. We are doing everything we can to find April and bring her back to her family. I need people to know it is a rural environment that we are working in, with very challenging conditions.

“The weather has not been great, the River Dyfi is flooded and we really need to manage the risk of everybody there. So, what I am asking is, notwithstanding the great support and the commitment that people want to show in helping us to find April, can we please leave this now to the trained and skilled people that we have,” he asked.

A 46-year-old-man, named by Sky News as Mark Bridger, was arrested on suspicion of April’s abduction on Tuesday afternoon.

Detective Superintendent Reg Bevan, of Dyfed-Powys police, said that with the arrest of the suspect it is hoped April will be discovered, and police were expecting intelligence arising from further interviews with the man in custody to drive the search operation forward. He said: “We are still searching for April as if she is alive and we will continue to do so.”

April’s family said their lives had been “shattered” and appealed for help in getting her home.

In a statement, they said: “Our lives were shattered when our beautiful little girl April, who was playing with friends, was taken from us. We are devastated and our lives have stopped.

“Please, please, if you have our little girl let her come home to us. This is such a small, close-knit community and we plead with anyone who has information, no matter how small they may think it is, to contact the police immediately. Please help us bring home our beautiful girl.”