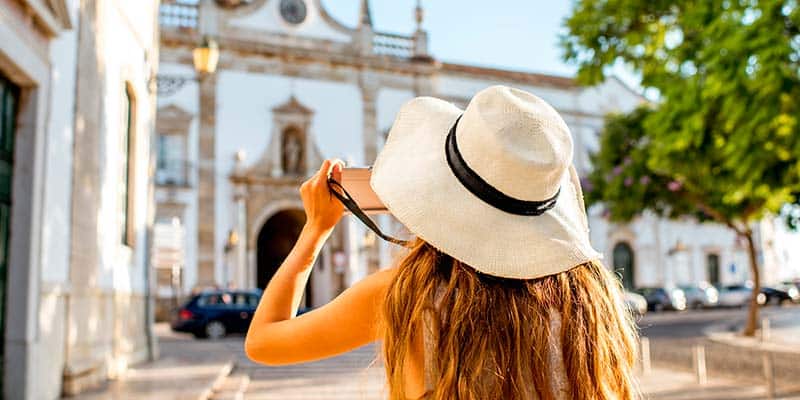 When my lovely wife visited the United States of America recently, after nearly five years away, some of her family and friends asked the same question – “When are you coming back home?” To be honest, she had to say that she wasn’t sure, if ever. The flipside of the question is when folks here in the Algarve, where we live now, ask us – “Do you miss home?”

To really answer either or both questions, it is necessary to answer the question – where is home exactly?

For 25 of the years that my wife and I resided in the States, we lived in Mt. Airy, Maryland, a small rural town equidistant from Washington, D.C. and Baltimore, MD, with emphasis on the distant concept. When I returned a couple of years ago, I stayed with friends, who happen to be the only people left in Mt. Airy who I actually know. In fact, most of my family and almost all of our friends have moved away. Many, like us, have retired, while the rest have relocated to a far-flung location known as elsewhere – which means home, as a geographical entity doesn’t actually exist any more? Even the people who bought our house have moved on.
Of course, we could always make new friends, but that’s what we’re doing here in our adopted home. We’ve made lots of new friends, Brits mostly, but a growing number of Americans who are, for the most part, more open to striking up new acquaintances because they’re relatively new to the area and don’t know that many people either. The Portuguese are a bit standoffish, but usually warm up nicely if you’re patient and friendly.

To answer the other part of the question, it seems easier to discuss what we don’t miss now that we live in the postcard paradise known as the Algarve. As residents residing on the southern coast of Portugal have realised, the Algarve isn’t perfect, but how does it compare to the home that we left? If my kind reader agrees, I’ll focus on two aspects of home that I no longer miss at all. The topics I’ll consider are traffic and politics, in that order.

Traffic
The last time I travelled back to the U.S. of A., my plane from Madrid landed at Dulles Airport at 4.15pm, which meant that by the time I picked up my rental car, it was rush hour in D.C. and all around the beltway. It took me three heartbreaking, spirit-crushing, frustrating hours to reach my destination in Maryland (now, we can see Faro airport from our villa in the hills).

During my stay, I discovered that rush hour wasn’t really a viable concept anymore since all the lanes of all the roads I tried to traverse were jammed with slow moving or stopped cars, trucks and busses. Even late at night, I found myself crawling past an endless line of orange cones in one lane of a highway due to nighttime road construction.

Okay, I know that if you’re stuck behind a caravan of caravans on the N125, your life has slowed down dramatically, but, I promise you, it is not half as bad as a daily commute in most metropolitan areas of the States or the UK.

I love the A22. Because of the relatively high tolls (and the inconvenience of paying), most Portuguese and many visitors stick to the N125 (aka the road of death) and experience the occasional backup. However, on the A22, with my Via Verde meter behind my rearview mirror, we buzz along spending more of the inheritance every few scenic miles. At times, when we seemed to be the only vehicle on the road in either direction, we worried that maybe we hadn’t heard the announcement of an imminent asteroid collision or possibly the start of World War Three. So maybe it’s just that we always use the A22 that gives us the impression that traffic is not a problem. My recommendation for peace of mind is, pay the extra – it’s worth it.

Probably our biggest challenge is parking, especially in town centres that were built centuries before the combustion engine became the way we moved about. Old town Portimão or Silves were not designed to accommodate a bunch of Smart Cars, much less tour buses. So yes, there are more parking lots paved across the landscape of the North American continent, but are those vast wastelands of asphalt scattered with shopping carts really that desirable or healthy?

There is often a tradeoff, isn’t there? But it’s not always equal. Poured concrete sidewalks are much smoother and less likely to trip you up rather than the cobblestone pedestrian paths mandated here in Portugal; but there’s also all the mosaic art expressed in the cobblestones filling the squares and walkways of the Algarvian towns and villages. Parking meters in most cities around the world are a major source of municipal revenue and are quite a lot more expensive with much more limited times than those around the streets of Loulé or Lagos.

Politics
It’s certainly a matter of perspective, but somehow living away, somewhat removed, keeps us at an emotional distance from the ongoing machinations of our politicians purportedly working on behalf of the homeland. Every morning, I turn on the television news, with the remark “Let’s see what the heck he’s done now”, or language to that effect. However, being away makes it more like watching a reality TV show, complete with a reality show “star” as leading man or villain. So we switch from CNN to the BBC, where they’ve just extended their popular series Brexit for another six months, starring a cast of characters that don’t seem any more virtuous, attractive or likable than the ones being presented on FOX or NBC. Winter is coming.

My lovely wife and I have voted in every election that we have ever been eligible for (a record of which we’re proud) and we plan to continue via absentee ballot. However, is there really anything we can do about the ongoing situations that have the world flummoxed? Are we merely spectators? It seems that the runaway train has already left the station leaving us amused, confused or horrified but fascinated in an uneasy state – feeling that as retired persons of a certain age that we probably won’t be around long enough for everything to be sorted out. All that is going on is entertaining, in a perverse, you-can’t-make-it-up, are-you-kidding or that’s-flippin’-unbelievable kind of way. I asked Alexis what she thought and she wasn’t optimistic.

We didn’t move because a certain party was in power or not. We moved to the Algarve because it is a pleasant and affordable location to spend maybe the rest of our lives. We weren’t trying to get away from endless traffic jams or the politicians who don’t seem able to solve the parking problems or anything else, but now that we’re here on Portugal’s southern shore, we seem to be comfortably removed. Nope, we don’t miss “home” and we’re not going back.