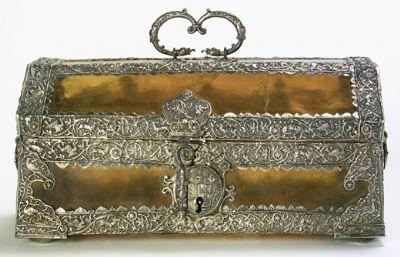 One of the largest and most complete exhibitions about the Portuguese Discoverers opened in Lisbon at the Museum of Old Art last week.

Encompassing the Globe – Portugal and the World in the 16th and 17th Centuries exhibits pieces that have never been seen before in Portugal.

The various displays trace the influence that the Portuguese brought to Africa, Brazil and Asia from the late 15th to the 17th centuries and the way that Portuguese culture and society shaped the histories of the countries they colonised and visited.

Museum Director, Pedro Henriques, explained in a press conference that the exhibition was one of the “most sumptuous and surprising ever put on in Lisbon” and added that the museum hoped to receive 100,000 visitors before the exhibition closes in October.

Many of the pieces related to the period of the Discoveries have been gathered from both public and private collections from all over the world, including India, Brazil, the Far East, Macau, in fact anywhere where the Portuguese marked their presence.

The exhibition explains in detail the consequences of the Portuguese maritime adventure across the globe in areas as diverse as art, politics, science and ethnic culture through a rich collection of maps, drawings, engravings, prints, sculptures, paintings and jewellery.

The Museum Director said that in the current economic crisis the exhibition could serve as a tonic to “raise national self-esteem in a dignified and balanced way” without being “arrogantly conceited” in relation to the Discoveries.

The exhibition has been organised by the prestigious United States Smithsonian Institute, which runs a network of 19 museums.

It made its international debut at the Freer and Sackler Gallery in Washington when between June and September 2007 it received 340,000 visitors and was treated almost as a matter of state by the Portuguese government, which dispatched Prime Minister José Sócrates, President Cavaco Silva and the then Minister of Culture Isabel Pires de Lima.

The main idea behind the exhibition is to demonstrate that the Portuguese were the pioneers in what today is termed as ‘globalisation’, with Lisbon as a kind of gateway to the rest of the world and its role as a major port importing, for the very first time, the most exotic goods and ideas to the rest of Europe.

The exhibition succeeds in its aim and we are left with the distinct impression of a people who literally discovered the known world but, at the same time, we feel a sense of sadness and disappointment at how glorious the Portuguese empire once was and, like so many others before it and since, has fallen into relative decay.

What: Encompassing the Globe – Portugal and the World in the 16th and 17th Centuries