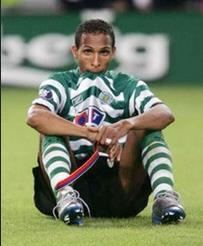 Saturday saw the most eagerly awaited fixture of the Portuguese season, with Sporting making the short journey across Lisbon to take on historic rivals Benfica.

Not much was expected from Paulo Bento’s inexperienced side against the high-flying Eagles, and Sporting duly fell behind to a first half Simão penalty. The Lions came roaring back after the interval, however, drawing level with a spot kick of their own. Derby fever took over as top scorer Liedson went on to slice through the home defence on two occasions. His superb finishing inflicting a rare 3-1 defeat upon Benfica in front of their rain-soaked supporters. Another notable chapter in a long and eventful history between these two clubs had been written.