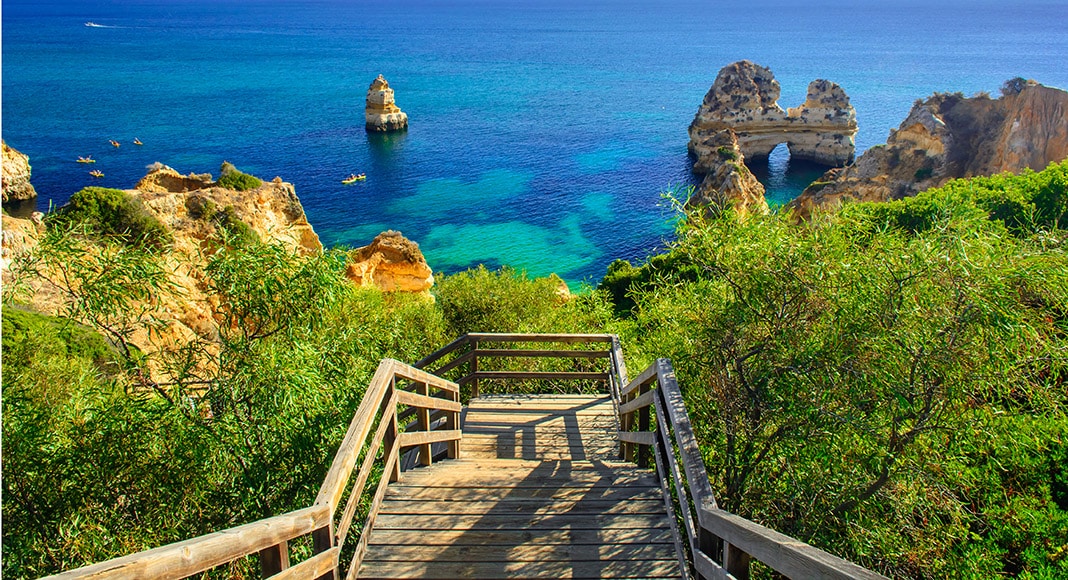 Latest advice for UK travellers keen to visit Portugal this summer has been ‘updated’ by the Telegraph in a long article that fails conclusively to answer the question.

According to the paper’s own Portugal expert Mary Lussiana “Tourism in Portugal will, this year, be heavily reliant on the national market, boding well for the Algarve, which has always traditionally been the playground of Lisbon and the north” but it is “hoping to welcome the British, too, who have long been one of their most important markets”.

Ms Lussiana, described as a Portuguese resident, recounts how hotels “are expected to open in June or July and many are currently working on standard operating procedures to ensure that they will be well prepared.”

By the time the British are ready to travel, Portugal should be ready to welcome them “not with a kiss or a handshake maybe, but certainly with open arms”.

The paper goes on to hear more of the same from the tourism board whose president Luís Araujo stresses the government has “minimized the damage caused by the pandemic.

“Through their swift and precise action, coupled with the constant communication, collaboration and coordinated responses alongside the tourism sector, we are now in a place where we can begin implementing measures and rules to allow a gradual return to normality in the near future,” he tells the Telegraph.

“Though we cannot put an exact date on a return for the UK public, owing to external regulations still to be resolved, we are very confident that the urgent measures implemented within the tourism sector will see visitors from the UK fully confident to return.”

Madeira and the Azores are imposing additional measures on overseas visitors, including a mandatory quarantine of 14 days. Only 100 passengers are allowed to arrive at Madeira airport each week, says the Telegraph.

However, the Madeira Promotion Bureau (MPB; a tourism association founded by the Regional Tourism Board and the Funchal Chamber of Commerce and Industry) is working towards a certification for good practice that will allow it to promote Madeira as a “Covid-safe” destination.

Eduardo Jesus, regional secretary for tourism and culture and president of the board at MPB, added: “The top priority is to overcome the fear of travelling and regain the traveller’s confidence. The implementation of these measures will provide comfort to those who travel.”

To this end news that the ‘transmission rate’ or ‘R’ number is currently down to 0.39 in the Azores could be a huge positive.

But the situation remains that British government travel advice is still very much against its citizens leaving the country for holidays.

Posing the question far down in its text: “Am I allowed to travel to Portugal?” the Telegraph finally answers: “No, a number of barriers will need to be lifted before UK travellers can return.

“Firstly, the Foreign Office advice against all but essential travel will need to change. Secondly, Portugal will need to open doors to foreigners. Airlines will also need to resume service”.

Technically this is somewhat misleading. Wizz Air for example is already running regular flights from London Luton airport to Lisbon, and is due to open a route to Faro on July 2. TAP also has resumed flights today between Lisbon and Heathrow.

As for Portugal needing to open its doors to foreigners, airports are not closed to European countries, which for the purposes of the pandemic, includes Britain.

According to the Telegraph, the Foreign Office advice (regarding non-essential travel, which it warns will “nullify your insurance”) “is unlikely to have altered” by July.

This too is confusing bearing in mind British PM Boris Johnson is expected to announce moves to ease the country’s state of lockdown on Sunday – and we are still almost two months away from July.

Another concern, voiced in the Portuguese press today, is that travel restrictions imposed in France due to Covid-19 may actually stop around 600,000 emigrés returning home for their summer holidays.

Explains tabloid Correio da Manhã, French president Emmanuel Macron has advised citizens that they “very probably won’t be able to take holidays outside Europe this summer, and he added that even holidays within European space would be seriously limited which will impede, in practice, trips to Portugal”.

If this is indeed the case, Portugal stands to “lose millions” in terms of average emigré spending on traditional summer breaks.

CM suggests total losses for the economy could run to 900 million euros.