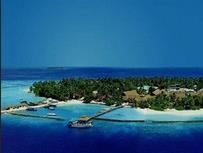 Take a green holiday with Leo

FINALLY, IT’S possible to combine environmental awareness with Hollywood celebrity. Heartthrob Leonardo DiCaprio has splashed out on his own Caribbean island and is planning to transform it into a luxury, eco-friendly holiday resort. Blackadore Caye, a 104-acre island off the coast of Belize, is a logical next step for the eco-friendly star, who has announced that he wants to make money without destroying the environment. Protecting the environment is an issue close to the actor’s heart and he even drives an electric car, a Toyota Prius. Blackadore Caye will feature renewable energy sources and will be self-sustaining.

Meanwhile, the glamorous world of skiing is getting closer to nature too. The Ski Club of Great Britain has launched a new online environmental guide – www.skiclub.co.uk – a leading source of information about the eco-friendliness of ski resorts. As well as providing key facts and figures, this brand new tool rates over 200 worldwide resorts on recycling, green power use, traffic reduction, sewage management, climate policy and green building policy. It is the only one-stop service of its kind on the web.

The Ski Club says that it has acknowledged that skiers and snowboarders need to recognise the reality of climate change, including the worrying trend of rising average temperatures and changing snowfall patterns. By using the Green Resort Guide when undertaking ski holiday research, the Ski Club believes users can now make decisions about where to ski, based on the environmental activities of a resort.

The Green Resort Guide is the next step in the Ski Club’s Respect the Mountain campaign. Launched at the start of last winter season, this award-winning campaign was designed to raise awareness of environmental issues with regard to snow sports, giving advice on how people can adapt their behaviour to help preserve the mountains with a seven-step guide.

The green holiday initiatives were announced just as weather experts admitted that climate change could be responsible for the worst storm in the Canary Islands’ history. December’s Tropical Storm Delta wreaked death and destruction across Tenerife, Lanzarote, Gran Canaria and Fuerteventura, leaving hundreds of homes and businesses without power. Seven people died when winds of around 75mph ripped off rooftops and uprooted trees.

“It’s just not normal that a storm forming off the Azores should then come east towards Europe and the latitudes of the Canaries. It is a very unusual phenomenon,” said Angel Riva, of Spain’s National Meteorological Institute. Riva said an unusual pattern appeared to be emerging after Tropical Storm Vince hit Madeira and then Spain and Portugal in October. “With Vince, it was absolutely without precedent that it should come as far as the Spanish coast and now this year we have already had two phenomena of this type.”

Asked what caused the storm, Riva said: “What we know is that the planet’s average temperature is rising. Undoubtedly, a rise in temperature must, in some way, influence these phenomena, but we don’t know to what degree.”

Most tourists look for the best weather possible when they book their holidays, but one company in the US, Storm Chasing Adventure Tours, do the exact opposite. They offer professional storm chasing tours in America’s Tornado Alley. A typical day with the company involves seeking out the most extreme weather conditions in the US – whether that be in Oklahoma, Texas, Kansas, Missouri, Wisconsin, Minnesota, Iowa, Colorado, Nebraska, North Dakota, South Dakota, Montana or Wyoming – and then chasing it! They do point out that it’s not all fun! During your trip, you will be part of an important service, which relays timely information back to the National Weather Service, to help prevent loss of life, injury and property damage in local areas affected by severe storms. So, if you’re looking for adventure, you’ll love this thrilling storm chasing holiday in America!

Total eclipse of the sun

For real extreme weather enthusiasts, why not take a trip to watch a rare total eclipse of the sun? On Wednesday, March 29, 2006, a total eclipse will be visible from within a narrow corridor that traverses half the Earth. The path of the Moon’s umbral shadow begins in Brazil and extends across the Atlantic, northern Africa and central Asia, where it ends at sunset in western Mongolia. Sallum, near Cairo in Egypt, will be a great place to view the eclipse from one of the best viewpoints in its path, as it is just 15 kilometres from the centreline.

Experts have revealed that if you love rain, your ideal destination is Mount Waiale’ale in Hawaii – the rainiest place on Earth. The name means ‘rippling of the water’ and precipitation studies have shown that the mountain receives 65 feet of water per year, in around 355 rainy days. Alternatively, if you prefer a more fair-weather vacation, try the Maldives. Just 12 months after the devastating tsunami caused death and destruction in the Indian Ocean, the Maldives has scooped top honours at the 12th World Travel Awards, winning the trophy for Best International Airport (Male), the Indian Ocean’s Leading Destination and several prizes for spa resorts. The awards were given after a vote involving a total of 156,000 travel agents and professionals from 140 countries, in addition to about two million individual travellers.

PDM verdict: Whatever the weather you’re looking for – snow, rain, sunshine or storms – we can help you get there.