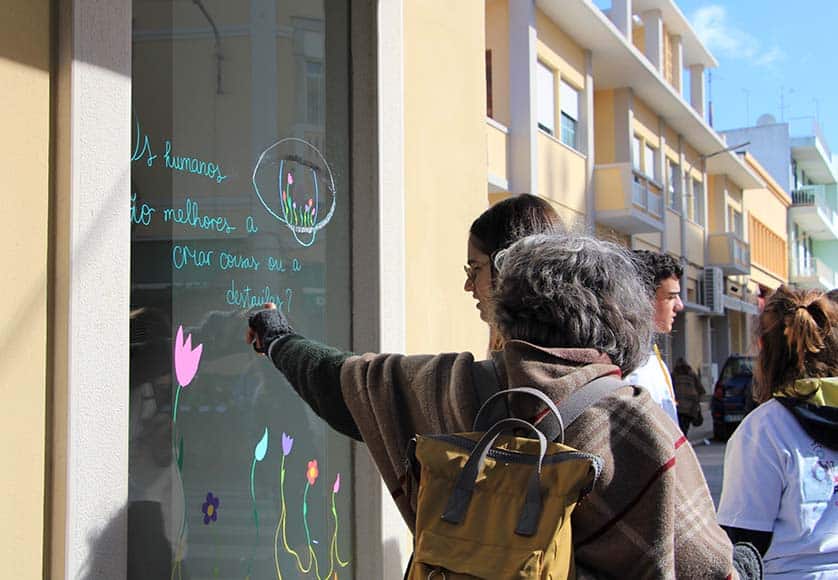 These are some of the questions that can be read in the store windows in Rua Maria Campina, Loulé.

The illustrations of these questions in 16 window shops on a commercial street were made by ‘9º ano’ and Year 9 students as part of the subject Arts and Philosophy for Young People. 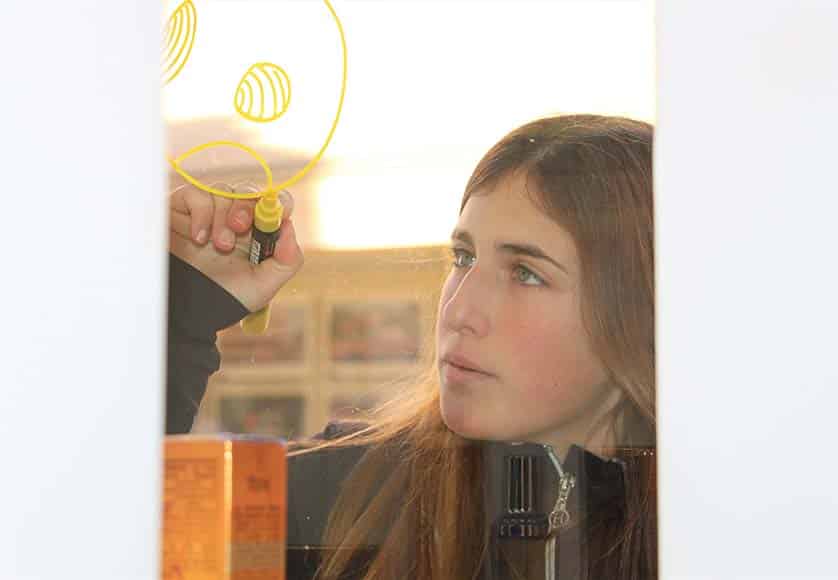 These questions came out of the 10th edition of the Vilamoura International School (CIV) ‘Questions Festival’ and are now jumping from the school domain to the community sphere in an exercise of questioning and provocation supported by the Municipality of Loulé.

The festival takes place at CIV every year, promoted by Philosophy teacher and facilitator Laurinda Silva, and Librarian Dina Adão, and now takes to the streets to commemorate its 10th anniversary. 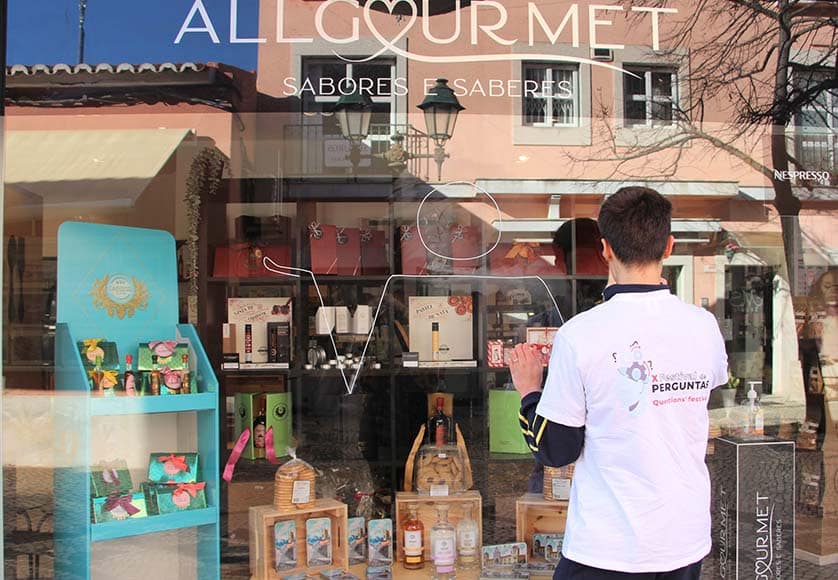 “This exercise of questioning is a seemingly simple task,” says Laurinda Silva. “Although it materialises only in the production of a sentence – a question, in this case – it mobilises integrally the knowledge its author has in the direction of the other who wishes to have it. This knowledge, learned in school, or out, incorporates a dimension of natural curiosity to uncover the reality and a dimension of attention and care for the world. And, in this sense, it becomes a political act that originates the construction of the world the way you want it to be,” she adds. 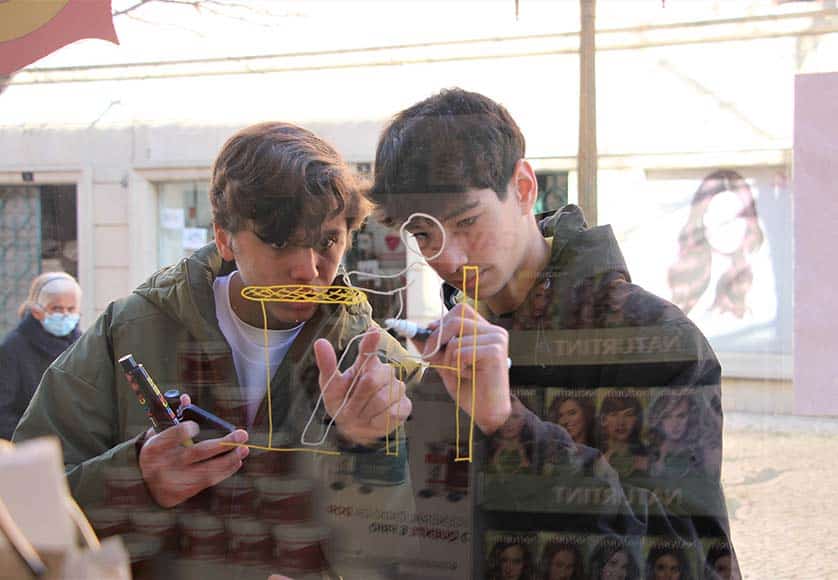 “The Questions Festival became part of the student’s everyday life, creating a particular culture. It’s not rare to hear in the hallways: ‘Next year I’ll put that question in the festival!’ Therefore,” adds the facilitator, “when celebrating the 10th anniversary, we thought it made perfect sense to go out of doors”. 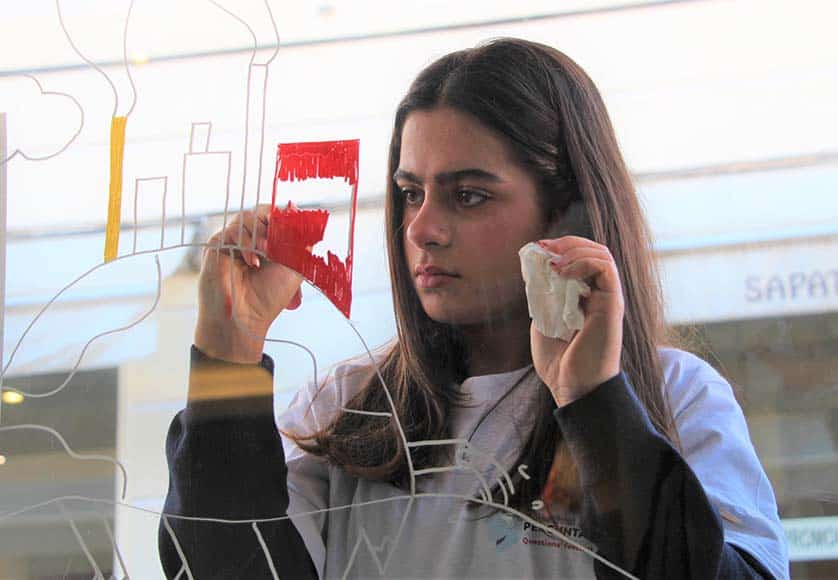 In addition to illustrating shop windows, the 10th edition of the Questions Festival will have banners that soon will circulate on Loulé’s urban transport network ‘Apanha-me!’ (Loulé Concelho Global) with some of the most pertinent questions from this year’s exercise.

The event will also lead to a collective exhibition, for which artists with various expressions have been invited. This exhibition will be held at Vale do Lobo’s Galeria Aderita Artistic Space in May. 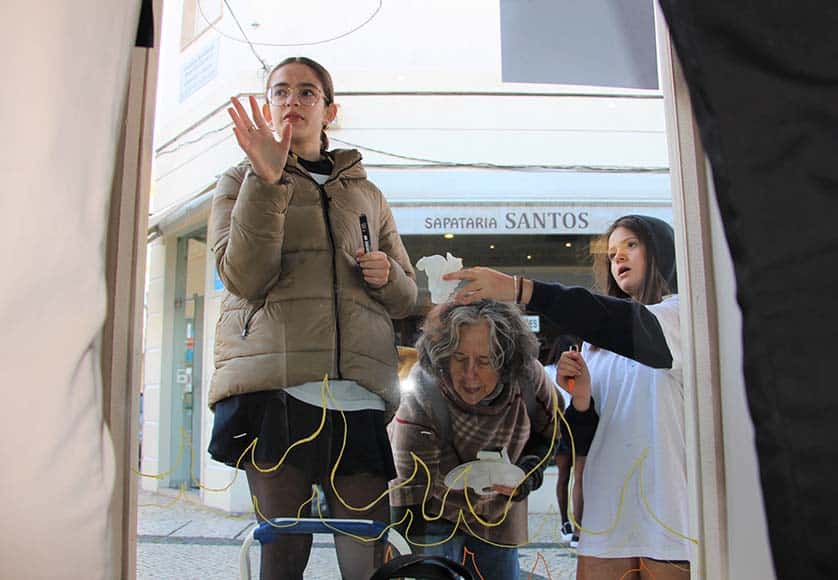 “The 10th anniversary of the Questions Festival highlights the importance of promoting a culture of critical thinking, questioning the world and triggering the construction of knowledge. The question will always be a driving force, fuelled by the desire to learn, and a catalyst for independent thinking, resulting in personal and collective growth. The Questions Festival has made a very significant contribution to CIV’s systemic educational priorities,” stated Cidália Ferreira Bicho, CIV’s Pedagogical Director.