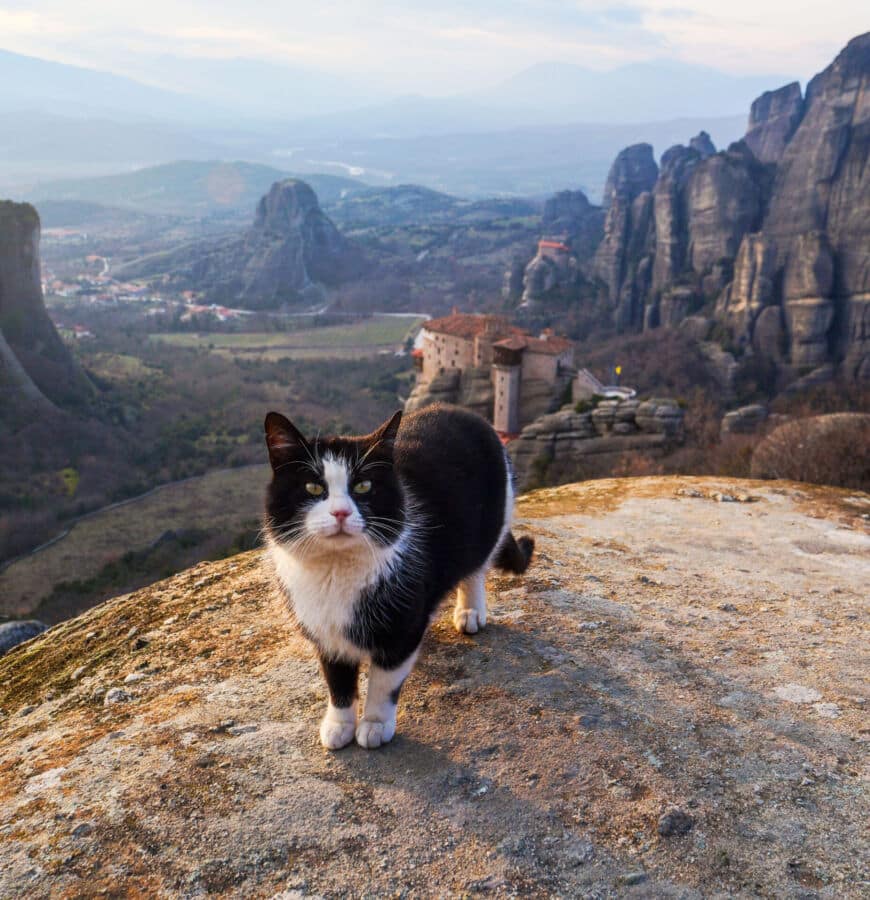 I have been reading a lot of Haruki Murakami novels lately and if there is one thing that appears in all of his books – it is cats. Murakami is a contemporary Japanese writer whose novels often drift in between real life and the magical, and some of my favourites so far are “Norwegian Wood”, “The Wind-Up Bird Chronicle” and “Kafka On The Shore”.

Cats not only play a predominant role in Murakami’s novels but also in Japanese folklore and were believed to be able to embody human souls. It was even believed that the markings on a cat’s fur indicated if the cat possessed the soul of a past family member.

Cats in Japan were also considered sacred predators and lived in Buddhist temples, hunting the rodents that disturbed ancient worships, and that is exactly how cats came to be domesticated – hunting rodents that were attracted by human activity.

Humans first bonded with dogs when they were predominantly hunters, making dogs not only man’s best friend but man’s oldest friend. Then humans began to settle in one place and learnt how to farm – and then cats came along.

The crops would attract mice and other rodents which in turn attracted cats. Which means cats sort of domesticated themselves which is probably why people today still say you can’t really own a cat.

Perhaps cat’s modern personality dates back to when they were worshipped by the ancient Egyptians. Cats were considered family members, and back then not only did they protect crops and food from rodents, but they also protected people from venomous snakes and scorpions lurking around, hiding in people’s clay pots and in their ancient sandals.

With cats around, people could finally sleep soundly at night … that is until stories started circulating of cats trying to smother their owners in their sleep. Though killing a cat was punishable by death, I’m not sure there was any law preventing the opposite. Furthermore, when a household cat died, of natural causes of course, the whole family would shave off their eyebrows in mourning.

I have sat ocean-side with cats at Praia da Marinha, I have explored ancient ruins in Rome with cats, and I have dined in Athens with cats on my lap. In Greece especially, there were lots of stray cats, even atop the holy mountains of Meteora.

In ancient Greece and Rome, cats were more a symbol of independence rather than seen as divine protectors. This was mainly due to the fact that these two ancient civilizations used domesticated weasels to hunt rodents.

Even today, both Italy and Greece are overrun with stray cats. In the middle of Rome, there is an entire ancient ruin, known as Torre Argentina, which is now a cat sanctuary. The sanctuary is a tribute to the cats that have always lived amongst the ancient ruins.

The ancient ruins are also where Julius Caesar was betrayed and killed. Not by cats though. He was stabbed 23 times by a group of senators and, come to think of it, that is the same number of times I get stabbed by my cat’s claws every time I try to rub his stomach.

Back before Murakami was a celebrated author, he owned a Tokyo jazz club called Peter Cat, named after one of his pets. His love of music is something that is also prevalent in all his novels. And wells, but that is a whole other article.

But Murakami is far from the only cat lover amongst the literary giants. Mark Twain, T.S. Eliot, Jorge Luis Borges, Charles Dickens, William S. Burroughs, Charles Bukowski, and Ernest Hemingway, to name a few, all had a soft spot when it came to cats.

Hemingway’s soft spot grew when he was gifted a cat with six-toes by a ship captain. The cat then roamed freely on the grounds of his home creating a small cat colony. Today, Hemingway’s home has been turned into a museum and the descendants of his original cat still roam the grounds. Six-toed cats, also known as polydactyl cats, are also often referred to as Hemingway cats due to his love of them.

There are a lot of stories out there about the relationship between writers and their cats, but I will simply end the article with a small quote from Bukowski that lots of pet owners can relate to: “Having a bunch of cats around is good. If you’re feeling bad, just look at the cats, you’ll feel better, because they know that everything is, just as it is.”