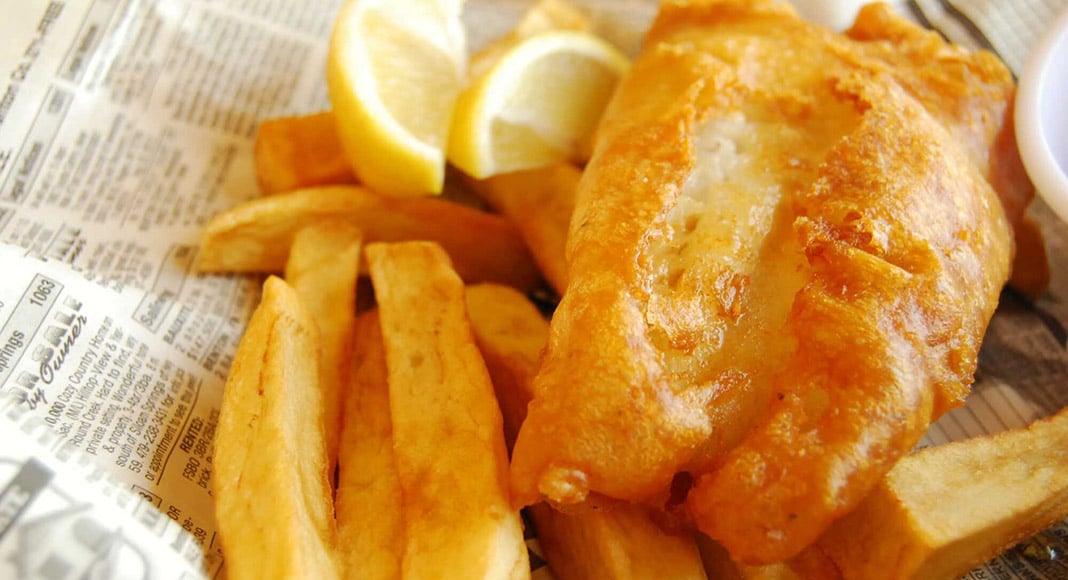 After many of my readers got what they don’t like about Portugal off their chests and have now resigned themselves to living out their retirement years self isolated in a land of almost constant sunshine, with great scenery and a relative low cost of living including very good cheap wine, I asked them to send me a brief email detailing some of the things they miss most from their original countries.

I was worried that only my loyal reader would respond, but instead I received what was referred to in some circles as “an overwhelming response”, even though the part about being “brief” seemed not to register.

The following paragraphs contain most of what I was able to discover after plowing through endless dissertations written by Resident readers, who have apparently a lot of free time due to lockdown. This is not intended as a scientific survey and is certainly filtered through the perspective of the author.

What do expats miss the most?
The simple majority answer is FOOD, more precisely some of their favourite foods that for one reason or another are not readily, if at all, available locally.
Maryland crab cakes, for example, were mentioned more than once, while some British readers said “real” fish and chips (washed down with a glass of “real” ale).

As someone who grew up in Maryland, I must agree that you can’t get ‘em here, or anywhere else for that matter. Nor are there many places to settle in for an afternoon of picking steamed Chesapeake blue crabs smothered in Old Bay seasoning. I also have to admit, while I’ve had fish ‘n chips in several locations around the world, the absolute best and most memorable were served in Haverhill, a small town in Suffolk, and another time in Bolton, two towns in, where else, England.

The single most missed category is “authentic” Mexican food. For some reason, people really seem to like this stuff, even though there does appear to be confusion over what qualifies with some longing for a variety known as Tex-Mex. I have noticed that often on social media posters implore readers to suggest places where they can acquire chilli powder or green chillies from New Mexico or “real” corn tortillas so they can prepare their own homemade authentic recipes smothered in “real” salsa.

Respondents mentioned, more than once, that they miss good old USA-style BBQ or southern fried chicken or mac and cheese, while some Brits long for “authentic” Indian curry (wouldn’t that be from India rather than London? Just wondering…)

Some folks with sweet teeth reported they miss chocolate chip cookies primarily because semi-sweet chocolate chips aren’t on the shelves of their local grocery. Brown sugar and vanilla extract don’t appear to be readily available either. Peach pie doesn’t seem to be featured at the local pastelaria.

Whatever the food is, it has to be real. For example “real” maple syrup, even though where it comes from seems to make a difference, namely Canada or Vermont.

Being “real” can mean that it comes in a can, like cranberry sauce – you know, the jelly-like stuff that’s pushed out of a tin and then sliced at Thanksgiving dinner. There doesn’t seem to be much canned pumpkin either.

It can get complicated. At least one other reader agrees with me that they would enjoy having access to Polish sausage here in Portugal. Real Kielbasa, however, is not available though I bought it regularly when I lived in Panama. Go figure.

How about mild Italian sausage? Turns out that’s not even produced in Italy but an American creation. Which brings me to English muffins, a breakfast favourite of mine and one or two other respondents, who haven’t located a source in theses parts. Turns out that they’re not even English. These flat crumpets with lots of nooks and crannies were invented by an Englishman but produced in America. They weren’t even imported to England until the 1990s and still haven’t caught on there. Note: the main factory for Thomas’ English Muffins is in Frederick, Maryland, the next town over from where I lived for 25 years. I’m probably one of the only expats in the entire country who has once driven on Muffin Way.

One key characteristic that people mentioned about the food they missed was specific brand names. They didn’t simply miss cheese or candy or peanut butter or breakfast cereal; they missed Velveeta (I know!) or Milky Way or Skippy or Cap’n Crunch. They very specifically had a taste for Ben & Jerry’s Cherry Garcia when it came to ice cream. Yes, they miss dill pickles, but Vlasic or Mt. Olive not Claussen. They would like to get some ranch dressing but it has to be Hidden Valley. And not just any mayonnaise will do – it has to be Hellmann’s. That is unless you prefer Miracle Whip.

Cheetos are the preferred snack, not readily available. Neither are Goldfish. It’s not that easy to make homemade Chex mix, like mum made on holidays, because there’s no Chex.

An example of brand-name loyalty is the fact that more than two readers said that they missed Dunkin’ Donuts’ coffee. One of my bushy grey eyebrows shot up in incredulous surprise. After all, here in Portugal there seems to be a snack bar or café on every corner of every populated area, village or city, featuring individually prepared cups of strong coffee.

It seems that most Portuguese stop by frequently for what’s referred to as a small “bica” of the hot drink. Personally, my breakfast of choice is a cup of café Americano and two “pastéis de natas”, and that’s the point – personal taste. In the States, Dunkin’ Donuts’ brand is one of the most popular, even if it does come out of a pot that’s been simmering on the burner for a while.

Will most expats get used to having their coffee brewed in individual cups and served in china instead of cardboard or styrofoam? Maybe. Nobody claimed to have missed Starbucks.

Breakfast in all of Europe is different, even though our British friends are able to seek out a “proper” English breakfast in many spots. For Americans, a typical morning meal at the diner, you know, a couple of sunny-side up or scrambled eggs, two strips of bacon (good ol’fatty “real” American bacon), and some grits and toast, is just not available. Neither is a big USA-style Sunday brunch complete with individually prepared omelets and mimosas.

The Brits appear to be happy with massive Sunday Roasts, with slices of beef, lamb, pork and/or chicken stacked on their dishes, followed by nap time. After all, people from the British Isles have been coming here for much longer in significant numbers. There’s also something about the longest continuous allegiance in history that has had some impact on the foods available around town.

Something else missing from snack bars is a wide selection of sandwiches. Except for “bifanas” (small pork sandwiches), they really don’t do sandwiches, but instead offer plate lunches. You can’t get a really good Rueben around here mainly because nobody carries pastrami.

Almost everybody was quick to point out that they very much appreciate the Mediterranean cuisine available in Portugal with plenty of seafood options. Some aren’t as happy with the quality of the beef, but the pork, black or otherwise, is top notch. I never had cheeks before, but boy are they good. So, we’re not in a dietary wasteland – far from it. However, it does seem that just about everybody longs for some good ol’home cooking, just like Mom used to make, at least every once in a while.

Note: Dear readers, you are still welcome to let me know what you miss about your “home” country, just no more food items. We get it. The Portuguese don’t do fritters or gumbo or lobster rolls or bunny chow. What other facets of your life back in wherever do you miss the most?
Also, I would like to hear about what you don’t miss at all or what you’re even glad you left behind.
Try to remember that grumpy old Pat doesn’t have the time or patience to read epistles. So please keep you submissions brief.* I do not plan to credit any sources and reserve the right to edit and possibly combine ideas and/or concepts.
Please send your replies and any suggestions for future columns to:
goodoldpatinportugal@gmail.com

By Par, the expat
|| features@algarveresident.com
For the previous 10 years, Pat lived in Panama which used to be rated above Portugal as a top retirement destination (but not any more), where he wrote a column for a tourist publication.